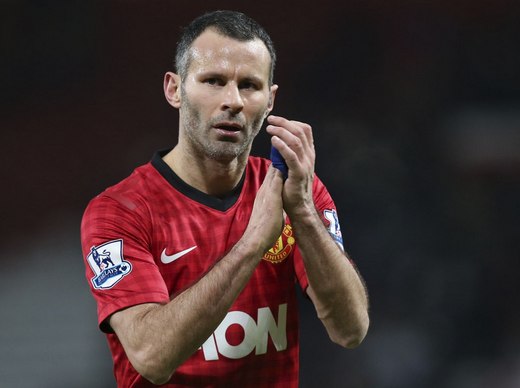 Ryan Giggs was a deserving victor in ManUtd.com's Man of the Match poll after Wednesday's 1-0 triumph over West Ham.

The veteran midfielder produced a classy display from start to finish to earn plaudits from Sir Alex Ferguson and his team-mates. The Welshman was subsequently the runaway winner of our poll, with 76 per cent of the votes placing him comfortably clear of his three rivals for the prize. Phil Jones finished in second spot after some sterling work at centre-back, ahead of his fellow defenders Rafael and Chris Smalling.

Smalling described Giggs afterwards as a "machine" while Sir Alex backed his midfielder to play on for at least another season. Ryan himself told PA Sport, "Obviously the manager knows how to look after me and I am not going to play every game. But I have to be ready and prepared when called upon.

"I am not thinking about my contract at the moment. As in previous seasons, I am quite relaxed about it. There are so many crucial games at the moment I am not too bothered about what is happening next year. I will just keep enjoying my football."