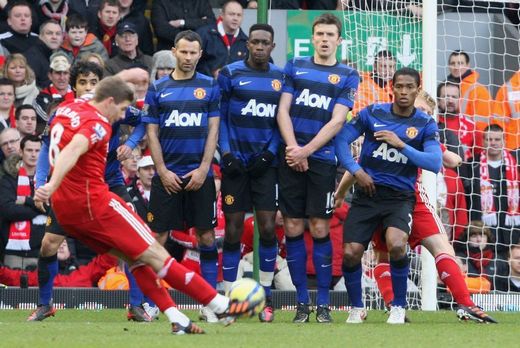 Ryan Giggs is hoping a cup-tie atmosphere can spur Manchester United to victory at Anfield.

The experienced midfielder feels a larger away support than normal could make a positive difference in Saturday's FA Cup clash, just as it did in the previous round at Manchester City's Etihad Stadium.

Giggs told MUTV: "It's a cup game so we're going to have more fans there than we would for a league match. We experienced that against City, where the atmosphere was great.”

Ryan has played in 43 meetings between United and Liverpool so far, and he's very much relishing the 44th.

“You always want to be involved in big games like this because anything can happen. You feel so much better when you come out on top in a game like this, and vice-versa it's so much worse if you lose one of them.

"You know what's at stake and you can't wait for it. Tackles will be flying in, and there's always a massive rivalry between the two clubs.

"It's one of the games that you're going to miss when you finish your playing career."

Giggs will be joined in the squad for Saturday's clash by another United player with vast experience of facing Liverpool. And Ryan hopes the lift which Scholes has given to the Reds since coming out of retirement could pay dividends again at Anfield.

"You just see him on the training pitch and he just does things that other players simply can't do.”

United have played three and won three since Scholes returned to the side and it's a well-timed sequence of results, according to Ryan.

“This is the time of the season where you want to be hitting good form, and I feel that we're doing that now.”