Giggs: Why old-school defending is a dying art 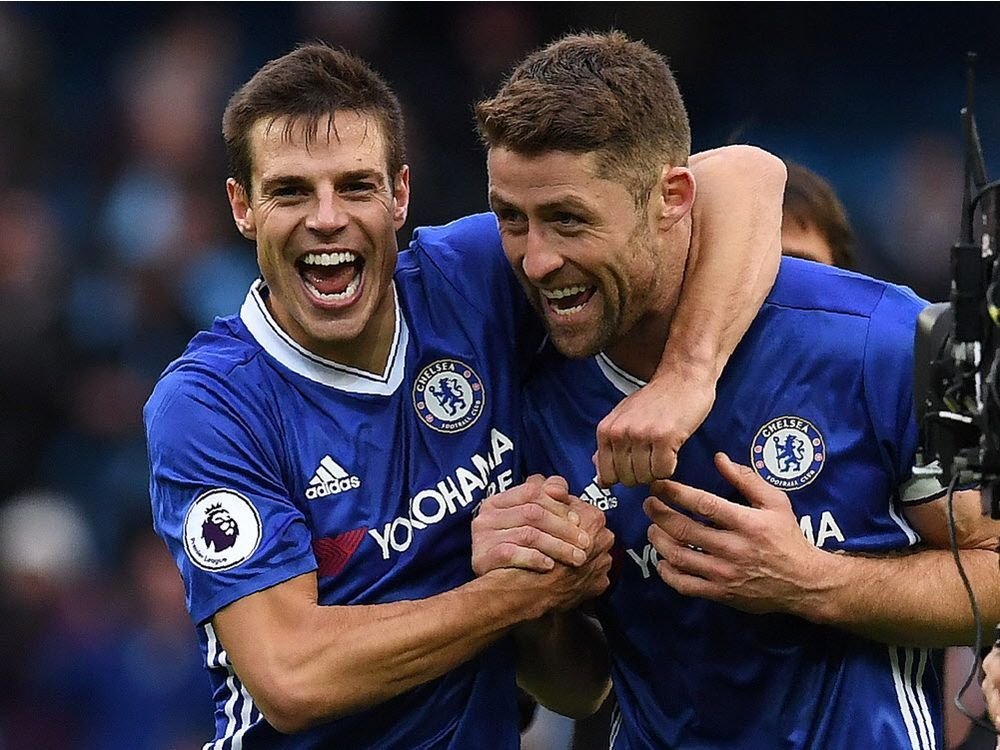 In the first part of my career it was a fact of life that as an attacking player in English football you would get a kick from the opposing defender in the first 10 minutes just so he could mark his territory and let you know he was around.

The thinking behind it was that in those days the referee never booked anyone in the first 10 minutes so it was something of a free pass for defenders. I would try to stay away from them if I possibly could but the reality in most games was that there was no alternative but to take the hit, pick yourself up and get on with it.

I was reminded of this when considering the high number of goals scored in this Premier League season, an average of 2.84 per game – the highest on record by some distance, with the closest being the 2011-12 season when 2.81 was the average. There are unquestionably some very good attacking players around but defending has changed dramatically from the days when I was learning to get out of the way of old-fashioned defenders.

For a start, there is every chance now that a centre-half will get booked for a bad challenge in the first 10 minutes which means he is spending the rest of the game one mistake away from a red card. There are so many good players in the Premier League who can just nick the ball away and draw the foul that an early yellow card is just not worth the risk.

There is no question in my mind that we are seeing a shift away from the traditional defender that I was used to playing against, as well as alongside, in the 1990s and beyond. Steve Bruce, Gary Pallister, Tony Adams, Martin Keown, Nemanja Vidic and then latterly John Terry and Vincent Kompany were, or are, primarily defenders who saw their job as winning headers and tackles.

They did not take risks in the way that the latest generation of defenders do and I think that the changing nature of the centre-back has made a difference to the style of football in the Premier League, although it is not the only factor. There are smaller details too, about the way we ask other players on the pitch to defend their own goal.

You only had to see that in midweek, when Manchester United's first goal against Crystal Palace came from a set-piece that was not defended properly. Organising yourself to stop those kind of goals used to be fundamental to teams and although you did not always manage to do so, it was not just the defenders who were expected to help out.

At United we had a series of very good strikers who knew it was their job to come back every time we defended a set-piece or corner, the likes of Eric Cantona and Cristiano Ronaldo. One of my abiding memories is of Teddy Sheringham jogging back dutifully to defend the front post for United. I am not sure Teddy particularly enjoyed it but he definitely saw it as his job.

Didier Drogba was the same for Chelsea – a great winner of headers in his own area as well as the opposition’s area and I see this much less now. The statistics tell me that around 35 per cent of all Premier League goals this season have come from set-pieces which, were it to stay the same, would make it the second highest on record after the 2009-10 season.

The quality of the attacking players is very high too and it is not the usual names at the big clubs – Ibrahimovic, Sergio Agüero, Mesut Özil, Diego Costa, Philippe Coutinho, Adam Lallana – but the calibre of players outside the traditional title contenders. The hat-trick from Salomón Rondón for West Bromwich Albion on Wednesday night comprised three top-class headers. Salomón Rondón scored a hat-trick for West Brom on Wednesday – all with his head. CREDIT: REX FEATURES.

There is a huge benefit in a defender who can bring the ball out from the back and obviously some managers, Pep Guardiola being the most notable, have set great store by it. Defending against it is difficult because it pulls your team shape all over the place as players rush to close down and fill holes which create opportunities for the side with the ball.

I wonder if there has been a change in the way young players view the position, too. My team-mate Rio Ferdinand changed perceptions of what a centre-back looked like because he was so comfortable on the ball and wanted to play out from the back. John Stones is the obvious successor to that style of centre-back but the role has been changed by managers’ ideas of who else can play there.

In recent years we have seen an incredibly successful Barcelona team use a little midfielder, Javier Mascherano, in that position. Liverpool have occasionally played Lucas Leiva there, pushed back from midfield. Even at United we had to use another midfielder, Michael Carrick, as a centre-half last season. That will have an effect on young players as to how they see the position. Manchester United centre-backs Nemanja Vidic and Rio Ferdinand were both good in the air, but the Englishman loved to play the ball on the ground, too. CREDIT: GETTY IMAGES.

Of all the great centre-backs I played with, you could usually say that they fell into one of two categories. Bruce, Pallister and Vidic were classic defenders. When Vidic was in the mood he would win every header he contested – no one could beat him. Ferdinand was a good defender but could also pass the ball. The only one who really had a foot in both camps was Jaap Stam, who was a tough defender but also liked to play as well.

The modern centre-half has had to adapt a lot. He is not allowed to tackle from behind any more and he does not get a free booking at the start of the game. Increasingly centre-halves are being asked to play in a three-man defence, which in theory is a more conservative approach and should be better at preventing goals from going in.

As more adopt that system perhaps we will see a drop in the number of goals scored. With their three-man defence, Chelsea have conceded just 11 in 16 games, the lowest in the league along with Tottenham. With nine clean sheets already this season, Chelsea have showed the benefit of a defence that can defend.

My player of the season so far is Diego Costa, who I thought was exceptional in the contribution he made to Chelsea’s victory over Sunderland on Wednesday. His running off the ball and hold-up play was a huge part of why Chelsea won that game and it enabled the attacking players around him to come into the game. He works extremely hard for his team even when he does not score, which he often does. Chelsea forward Diego Costa has been at his brilliant best throughout the season. CREDIT: REX FEATURES.

I wonder if Antonio Conte will be tempted to rest him over the Christmas period for one or two games now that Chelsea have that six-point lead at the top. Costa does have a history of hamstring problems and he is getting through a lot of work for Chelsea. The Christmas fixture list is always a hard slog for players but after that Chelsea have no European football and no EFL Cup, and providing Costa is fit he will get all the rest he needs between games.