Giggs: Why I fear this could be Liverpool's year in the Premier League title race 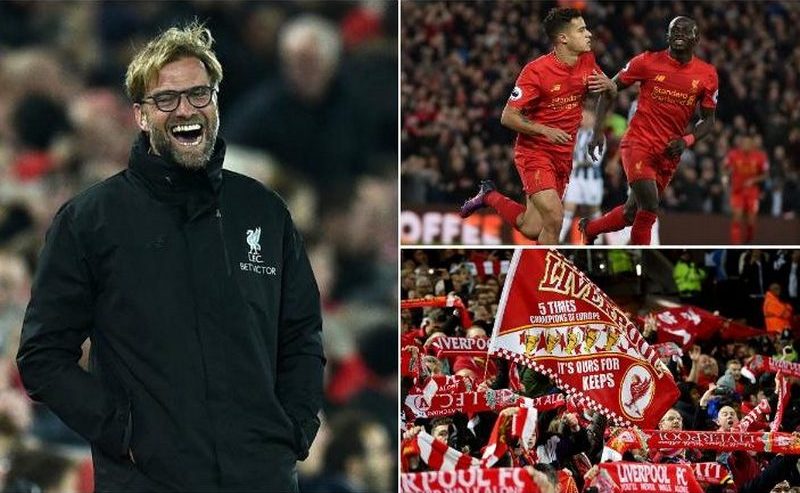 This might sound strange but watching the Europa League final in May, I found myself wanting Jurgen Klopp’s team to win – although not because I enjoy watching Liverpool parade a trophy. Quite the opposite: I was thinking months ahead to the implications European football, or the absence of it, would have on their league form this season.

I am a Manchester United fan, and I was so long before I played for the club. I grew up in Salford when, 33 miles down the road, Liverpool had the best team in England, and often Europe. I know what it is like to live as a United fan with that great shadow cast from the west and in the years that have followed, as United became ever more successful, there was still no better feeling than coming away from Anfield with a result.

During that final against Sevilla, it occurred to me that if Liverpool had this season without the draining effect of European football, and had recruited well in the summer, then they would have a real chance of challenging for the Premier League. With a year at the club, Klopp would be better suited to the demands of the English game, his players would be well adapted to his way of playing and they would have no mid-week distraction from the task at the weekend. Louis van Gaal had experience of working in Germany and he would say that many German coaches like to work intensively all week preparing their teams tactically for the game at the weekend. If Liverpool had won the Europa League they would have qualified direct for the Champions League group stages but they were well-beaten in Basel, finished eighth in the league and now their mid-weeks are free.

I think they are already seeing the benefits as they prepare to face Crystal Palace, where their title bid in the 2013-2014 season started to come undone, equal on points with the leaders Manchester City and Arsenal in second place. This is the 27th season since Liverpool’s last league title, one more than the 26 years United went between 1967 and 1993 and the longer it goes on, the more the pressure builds. Suarez and Gerrard after Liverpool's draw at Crystal Palace in 2014. CREDIT: GETTY IMAGES

I always felt that at United, before we broke through under Sir Alex Ferguson, the pressure to win a title was more intense than it has been in the intervening years at Liverpool, but I admit I only see one side of it. What is certain is that the longer it goes on without the title, the worse it gets for every player at that club and the more fans wonder if it will ever happen.

Liverpool have put themselves in contention this year. At United, I always wondered, because of their history, that when - or if - that first Premier League title came along Liverpool might win a few more on the back of it. My view is that it will be more difficult in the present day for one club to dominate as United did in the 1990s and 2000s but Liverpool would not settle for one Premier League. They would want more.

It goes without saying that when I played for Sir Alex, he regarded games against Liverpool as matches we had to win. He remembered what it was like being second to them as the dominant force in the game and he did not want to go back there. Which is not to say that we always beat Liverpool. It always felt like a game apart. Separate from the form that preceded it.

It is no secret that in April 1992, when we lost the penultimate game of that season at Anfield, and the league title, I walked out to the coach afterwards and was asked for my autograph by a Liverpool fan. He ripped it up in front of me and told me United would never win the league. I was 18 at the time. I hope he kept the pieces. That story has been told so many times those scraps of paper would probably be worth something.

The longer it goes on without the title, the worse it gets for every player at that club and the more fans wonder if it will ever happen.
- Ryan Giggs on Liverpool's title wait

I went back to Anfield as a pundit on Sky Sports’ Monday Night Football this month when United played. For obvious reasons it is not a stadium I spent a lot of my free-time visiting and for the first time I saw the new main stand, which was impressive. It seems like, after all these years, they are pushing the commercial side in the same way as United have done for decades.

I know that I am never going to be the most popular person in Anfield but I should say that I was treated with great courtesy and respect by the staff, regardless of club allegiance, and that is to Liverpool’s credit. I heard it was reported that Gary Neville and I got some stick when we drove into the car park but I can assure you I have seen much worse. Anyway, I am sure most of it was directed at Gary, not me. I was treated with great courtesy and respect by the staff at Liverpool on my visit to Anfield.

Watching Liverpool it is notable that since Steven Gerrard left there is no big star in the side. Philippe Coutinho is a talent and Jordan Henderson has done well to step into the captaincy. He looks like a good lad and a dedicated professional. Gerrard’s departure has forced others to fill the gap and sometimes that can be a good thing for a club to move away from a focus on one individual.

In many respects it was the same at United when Roy Keane left in 2005. For years he had been like two players for us and when he left others had to step up to fill the void. What seems different to United is that looking from the outside, Gerrard was always the dominant figure at the club regardless of who the manager might have been. Now that he has left it feels like Klopp is that man.

I am not denigrating Gerrard’s role at the club – he was a great player. Clearly at United no-one was ever bigger than Sir Alex but different clubs work in different ways. What I can say is that it is a changed dynamic now at Liverpool.

What they lack is a goalscorer who might get them 20 goals in a season and while Sadio Mane or Daniel Sturridge might prove me wrong, you do need one of those in a title-winning team. All the recent champions have had one: Jamie Vardy, Diego Costa, Yaya Toure (who scored 20 goals in 2013-2014, although Sergio Aguero is Manchester City’s key striker), Robin Van Persie. At the other end I do not think they have a goalkeeper who is among the top players in that position in the league, although that could change over time.

As for the prospect of Liverpool winning the league for the first time since 1990, they would not expect me to say anything other than it fills me with dread. A long time ago they challenged United to come back when we had won it 18 times. Twenty years later United had raised the bar to 20 and no-one on my side wants to see it swing back the other way.