Giggs: We want the FA Cup 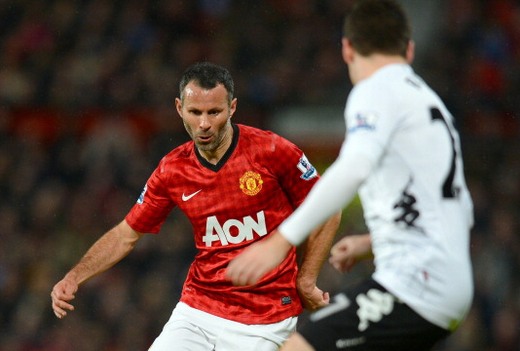 Ryan Giggs says Manchester United are “desperate” to win the FA Cup after booking a place in the fifth round with a comfortable 4-1 victory over Fulham on Saturday.

The Reds' legend, who was a standout performer at Old Trafford, believes his early penalty conversion was the catalyst for victory, but feels his team-mates could have been more clinical in the final third having created a number of clear chances to test opposition keeper Mark Schwarzer.

“The FA Cup means a lot. We've not done as well as we should've done really, in the last eight or nine years. There are a lot of players that are desperate to win it." - Ryan Giggs

“We got the early goal, which is what you always want, but we didn't really kick on from there," Giggs told ESPN. “We had a couple of chances and probably should have been a little bit more clinical, but then in the second half we were.

“It does help [scoring early]. If you're at Old Trafford you want to score early and settle into the game and keep the ball. That's what we did. Like I say, we could have been a little better in front of goal, but we made up for that in the second half.

Giggs hit his first goal of the season in the win over Fulham. Twenty years and three days after his first FA Cup goal, Giggs' strike was his 12th in the competition.

“The FA Cup means a lot," he added. "We've not done as well as we should have done really in the last eight or nine years. There are a lot of players that are desperate to win it. The history that we've got in the competition, we should be there - we should be getting to finals. Hopefully this year will be the year.”