Giggs: We must move on 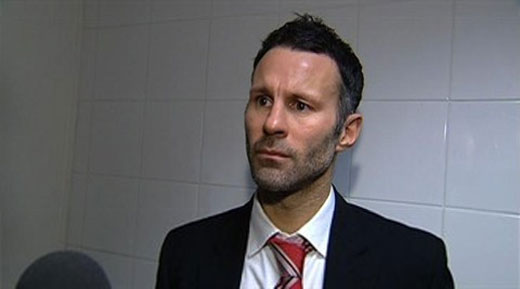 Ryan Giggs says Manchester United must recover and regroup after losing 3-0 to Newcastle United in the Barclays Premier League.

The veteran midfielder had hoped to help close the gap on leaders Manchester City with victory at the Sports Direct Arena, but was in the end left to rue a disappointing night against an impressive Magpies side.

“You can have these nights, nobody likes them and nobody wants them but it can happen,” Giggs admitted. “You have got to give credit to Newcastle. They worked hard, closed us down and scored a couple of good goals so we have just got to take it and move on.

“It is a difficult place to come and get a win but we didn’t play to our capabilities and when you don't do that against a team like Newcastle, who are riding high this season, you are always going to come unstuck.”

The opening exchanges were tight with both teams going close to opening the scoring on several occasions - Yohan Cabaye forced a low save from Anders Lindegaard before Dimitar Berbatov struck the post with a deflected far post header.

The deadlock was eventually broken by Demba Ba, whose neat finish was one to be admired. Newcastle’s lead was too narrow to consider comfortable however and the champions felt confident of overturning the deficit after the break.

What the Reds hadn’t planned for, though, was Cabaye’s stunning free-kick just moments into the second half. And as Giggs admits, it was a killer blow: “We started okay. Obviously their goal knocked the stuffing out of us a little bit but we were still in the game at 1-0 and thought we were going to create chances. We weren’t too disheartened at half-time and we felt that we could get back into the game.

“It wasn’t how we envisaged or hoped how the second-half would start. It was a great free-kick; you can’t do anything about those unfortunately,” the Reds legend said. "But even at 2-0, we still felt we could get back into the game with just one goal and we had chances. We had a ten or fifteen-minute spell when we created a couple of half-chances, Simmo (Danny Simpson) blocked one off the line from Wayne and it just didn’t go for us.”

The defeat is United’s second in a row following the weekend loss to Blackburn and leaves the Reds three points short of Manchester City, who Sir Alex Ferguson’s side face in the FA Cup third round on Sunday.

Giggs believes the cup tie could rejuvenate his team-mates following two disappointing results and an unusual failure to score against Newcastle. “We have a great scoring record this season so hopefully this is just a one off and we can get back to scoring ways on Sunday.

“It is obviously a big game against City in the FA Cup. The atmosphere will be good, we’ll take a load of fans there and hopefully we can get back to winning ways.”