Giggs: We can beat any team at home 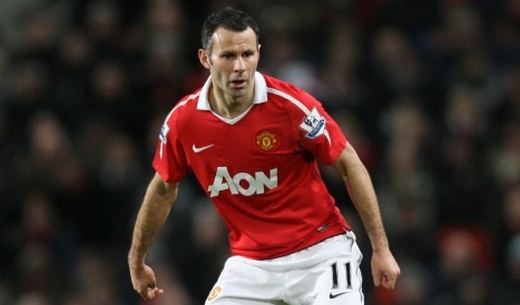 Ryan Giggs believes Manchester United set a standard against Schalke they simply must not fall from if they are to complete a memorable trophy double.

Sir Alex Ferguson made eight changes to his starting line-up for yesterday's semi-final second leg and was still able to watch his side record a 4-1 win that allowed them to cruise into a Wembley final meeting with Barcelona on 28 May.

Of more immediate importance, it put a spring back into the Red Devils' step ahead of Sunday's crucial Premier League showdown with Chelsea at Old Trafford that, if not deciding the championship itself, will go a long way towards determining who will end up on top.

In leaving so many players out, Ferguson was hoping to re-energise the players he intends to select at the weekend. Giggs, among those who remained on the bench, feels the stand-ins have shown the way forward.

"If we play to the level of that performance, we will be very difficult to beat," said Giggs. "That is the benchmark. We have to try and keep to it."

Had United beaten Chelsea at Stamford Bridge on 1 March, they would have been 18 points in front of Carlo Ancelotti's men. Instead, despite Wayne Rooney putting them ahead, a controversial Frank Lampard penalty ensured they went home empty-handed.

It triggered a run that has seem Chelsea amass 22 points, compared with 16 for United. The champions have fought back and have reached a point where a repeat of their win at Old Trafford last season would be enough to assume top spot on goal difference with only two games remaining.

"We have not thought about losing a big lead," said Giggs. "We have had some tough games where we have dropped points. Newcastle away. Arsenal away. In the Newcastle game we played well. There is probably only Arsenal in the last couple of months where we have not turned up. Generally our form is good. We are confident we can beat any team at Old Trafford."

Beating Schalke has restored confidence too, even if United can hardly have expected to encounter such obliging opponents at such an advanced stage of the competition.

"Of course reaching the Champions League final will give us a boost," said Giggs. "Hopefully that will help us. Like any game we will go out to win it. It will be tough because Chelsea are flying at the moment but, at home, we are confident of getting that win."

Giggs has long since stopped being asked for any insight into the merits of one trophy above another as he repeatedly replies he will only start the analysis once his playing days are over.

For the record, should United secure a record 19th title, it would be his 12th, if they were to beat Barcelona at Wembley, it would be Giggs' third European Cup. Four Premier League titles and three Champions League final appearances have come after his 33rd birthday - an impressive career by anyone's standards.

"It is an unbelievable achievement by the team and, for me personally, not something I expected at my age," said Giggs. "I suppose you could say it is a bonus, especially considering what some people were saying earlier in the season. At United, you are always going to have people knocking you but we weren't playing the kind of football we have played in the past.

"The good thing was that we were still winning games and gradually, since the turn of the year, we have played some great stuff and produced some great performances."

They need another on Sunday and will doubtless require even more when they do eventually face a Barcelona side they defeated on their way to the final in 2008, only to get their comeuppance 12 months later when the Catalans gained their revenge in Rome thanks to a one-sided final which left Giggs feeling as flat as he can ever remember.

"When you lose a final but play well, you just accept it as one of those things that happen," said Giggs. The problem in Rome was that we simply didn't turn up. We failed to produce the football we are capable of.

"Obviously, Barcelona are a very good team and, in Lionel Messi, probably have the best player in the world at present. But I am sure this time we will give a better account of ourselves."