Giggs: United happy to profit from Hodgson's stance to leave out Ferdinand 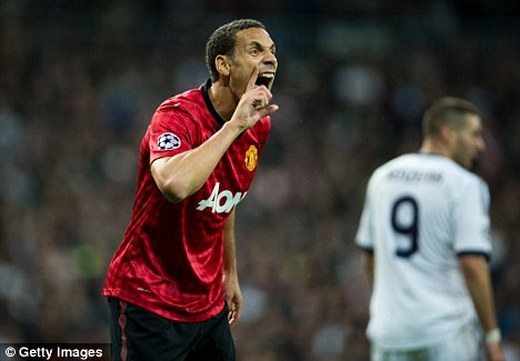 The 34-year-old defender has been in the international wilderness since winning his 81st cap in June 2011, and Hodgson - who controversially left Ferdinand out of Euro 2012 for ‘footballing reasons’ - reacted angrily when pressed on the issue last week.

But Ferdinand once again showed his class in Manchester United’s 1-1 draw with Real Madrid in the Bernabeu on Wednesday night, and Giggs insists his teammate is still at the top of his game.

Asked if England’s loss is United’s gain, he replied: ‘Yes it is. We’re just happy that he’s playing so well for United. The rest of the stuff we’re not too bothered about as long as he keeps putting in performances like that.

‘He’s just a top player. He has proved that again and again, and he proved it again on Wednesday night. He has been playing like that all season.

‘To still be playing at 34 at that standard is testimony to the way he has looked after himself and the ability he has got.

‘You do have to change your game as you get older and he has done that really well.’