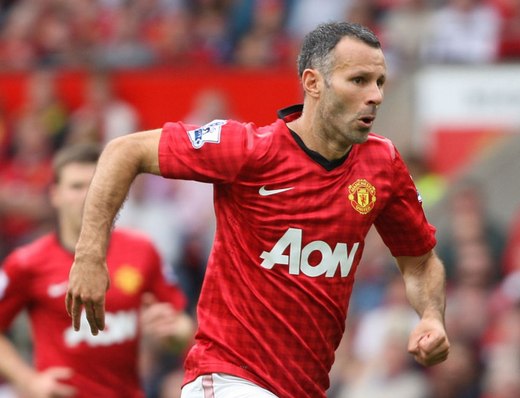 Ryan Giggs admits his first experience of playing against Galatasaray - Wednesday's Champions League opponents - is one that will stay with him forever.

The Reds were famously welcomed 'to hell' on arrival in Turkey in November 1993 on their first ever trip to Galatasaray. The game ended goalless, with United being eliminated from the competition on away goals following the 3-3 draw at Old Trafford two weeks earlier, but the night will forever be remembered for the raucous home fans and altercation between Bryan Robson and the Turkish police.

"I remember it [the whole experience] vividly. It's one of those memories that will always stick with you," he told ManUtd.com. "When we arrived at the airport, there were all the banners and thousands of fans screaming at you.

"There were things thrown at us when we were driving away on the coach, fans outside the hotel chanting all night making sure we didn't get any sleep and people phoning the hotel rooms. It had everything.

"But they were a good team and a good club. It is a fantastic game to be involved in, especially away from home. It is an atmosphere a lot of the lads won't have witnessed before.

"The atmosphere back then was something I tried to enjoy as much as I could," he adds. "The manager told us to go on the pitch and sample the atmosphere. The fans had been in the ground for hours and hours so it was buzzing 90 minutes before kick-off.

"We were stood in the middle of the pitch watching the fans chant. It was one stand to another. It was a brilliant atmosphere if I am honest but obviously the game didn't pan out the way we wanted.

The Reds kick-off this season's Champions League campaign at Old Trafford on Wednesday night against the Turkish side, with Giggs insisting only victory will do.

"We didn't manage it last year and didn't perform at Old Trafford the way we have done in the past. We want to try and rectify that. "

Five summer signings have bolsted both numbers and quality in the squad with the veteran midfielder backing Robin van Persie and Shinji Kagawa to shine in Europe.

"Robin has the experience of playing in Europe with Arsenal. The goals he has got will hopefully give us that extra edge this season.

"Shinji is that kind of player who will thrive in Europe, where possession is key. He keeps the ball. He gets into positions where he is hard to pick up. I am sure they will both be good additions."