May 20, 2014
Posted by Steven Tan | Source from Manchester United 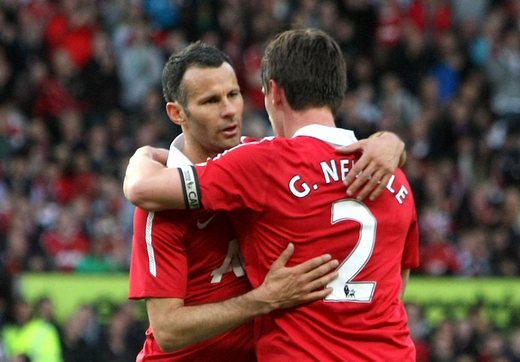 THE STORY OF A PHENOMENON - LONGEVITY, BY GARY NEVILLE
What Ryan Giggs has achieved will go down in the history of sport, not just football. He's a fantastic sportsman and will be mentioned whenever great sportspeople are talked about. He has defied logic in a changing environment when it comes to the physical aspects of football and has adapted his game through the decades.
To play in the position he has for so long is incredible. A goalkeeper, full-back, centre-back, maybe a midfielder could do it, but for a winger to play until they're 40 is almost unheard of. You're into the Stanley Matthews bracket. Matthews played into his 50s, but this is a different era. For Ryan to do what he has done is the equivalent of Matthews' achievements. Ryan Giggs is a phenomenon of the sport.
What has driven him on is his inner desire to continue his love for playing football. He has the physique to move with the times and the inner strength and a great physical capacity. This club is a big factor too. It's a special place and if he'd been at any other club it may not have happened.
A big thing about Ryan is that he has retained his humility. He hasn't changed. He's still the same as he was when I first met him. He doesn't speak nearly as much as me, but he's become a real leader and always has a big impact in the dressing room. His appetite for the game and hard work every day means others look up to him and learn. 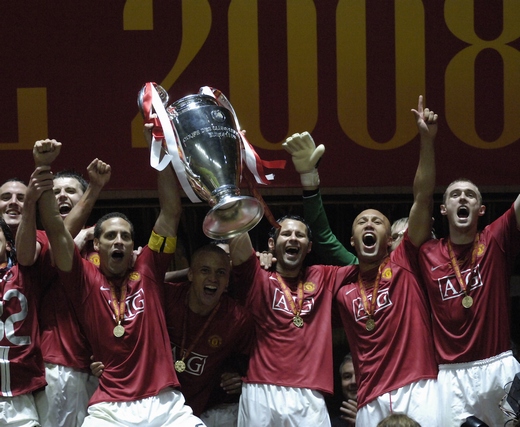 THE STORY OF A PHENOMENON - INFLUENCE, BY RIO FERDINAND
More than anything Ryan Giggs is a calming influence in the dressing room. He's not one to shout and bawl, but when he does speak up he gives good information and people take notice. In the dressing room, you will see him talking to players and passing on advice and instructions. If he sees something in training, he'll pull people aside and say, ‘you could be doing this to improve your game’. I think that's important.
He's a cool guy, he's not aloof at all. He's not the big-I-am. He's always there if you need to lean on him or ask for advice. He's been through every single situation that can be thrown at you as a player, so with someone of that experience you have to use that as a club and as players. That's what the players here at United as a whole have done.
You can't help but be in awe of what he has done in the game. When you look at how long he has played for Manchester United at the very highest level and you have to respect just how hard it is to do that physically and mentally. I know how hard it is to do that. If your body is not up to it then you're not going to do it. Genetically you have to be made the right way to play to that age, but you also have to work at things on and off the pitch to make it work. Yoga, and things like that, all help. Giggsy has adapted and improved throughout his career. 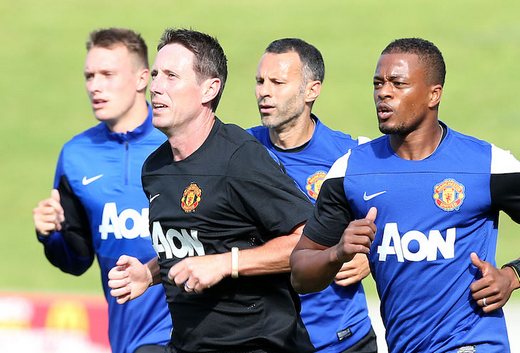 THE STORY OF A PHENOMENON - FITNESS, BY TONY STRUDWICK

Every now and again an athlete pushes the boundaries in their sport and, for me, Ryan has done that in football. There are a number of reasons for that. Genetically he's very gifted; his light frame allowed him to play on this long, but aside from that he has incredible resilience physically and mentally.
If you asked me to pick one standout feature it would be his mental resilience. To have remained playing in this sport for well over 20 years, playing at the top of your game, is astonishing. It takes an extremely high level of professionalism, dedication and sacrifice and he deserves great credit for that.
Aside from being a unique athletic specimen, Ryan has always had that hunger for success. Sir Alex used to say each year you have to pick yourself up, go again and be hungry to achieve more. Ryan has proved to be a shining example of that. Year on year he has come back more determined than ever. Even at 40 he trained at the same level as the other players, albeit with a slightly tailored programme. It's been more about us managing him than him managing himself because he always wanted to do more!
He's a great person with real humility and it's been an absolute pleasure to work with him for so long. You want people like Ryan in your dressing room; always keen to drive standards up. That is something he has done consistently throughout his career. 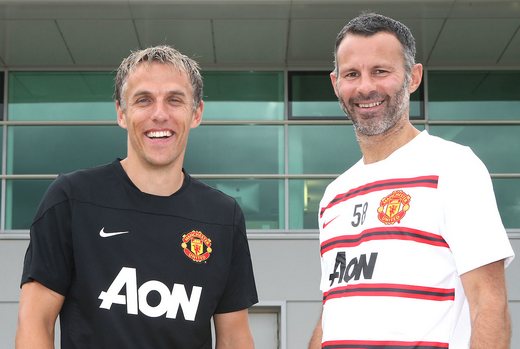 THE STORY OF A PHENOMENON - COACHING, BY PHIL NEVILLE

I think Ryan has really enjoyed the coaching side of the role he took up this season. He's switched focus and even though at times 90 percent of his work was still as a player, he has really taken to the coaching side of it. He's been a shining light to any professional out there with the way he has kept his career going, but he's had a big influence in the coaching room too.
In terms of actual training ground work, most of the work Giggsy did was on an individual basis, working a lot on the forwards and wide players, but he also had to prepare himself to play as well. He got the balance just right and I'd say he handled that really well. He'd still gets changed in the first team dressing room but he's a coach and, of course, he's got that bit of class and experience to handle it.
He's not just a phenomenal footballer, he's a phenomenal human being. To play for so long, 23 years, at the top, top level is incredible. For what he's achieved, the medals he's won and longevity of his career he goes down as one of the greatest players to have graced this football club. 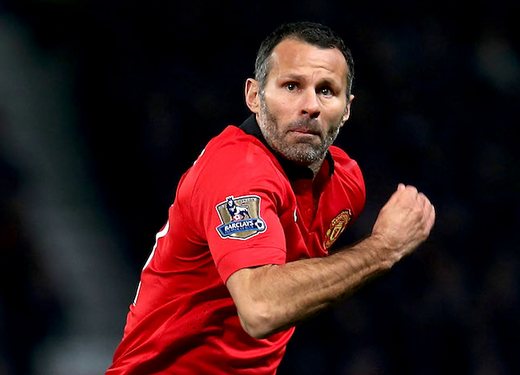 THE STORY OF A PHENOMENON - EXPERIENCE, BY SAM JOHNSTONE

It feels like Ryan has been playing forever - he made his debut before I was even born! To stay at the very top for over 23 years is amazing and his achievements at United have been unbelievable. There aren't many other words you can use to describe what he has achieved and what he has done for the club.
Everybody knows what great shape he kept himself in. He would eat well, work hard and that’s what has kept him going. That's also a great example to the young players at the club. Even for myself, a goalkeeper, that kind of experience and the way he conducts himself has made him a role model to me and all the young players at the club.
He's brilliant for the young players. He's always there to help and give you advice. He'll tell you when you've done well and he'll also tell you when you need to work on something… and he'll have a laugh with you too. He'll tell you straight about something and you always listen, why wouldn't you? It's Ryan Giggs and he has done everything there is to be done in the game. He's a legend at the club and well respected everywhere he goes with United, and that tells you all you need to know.