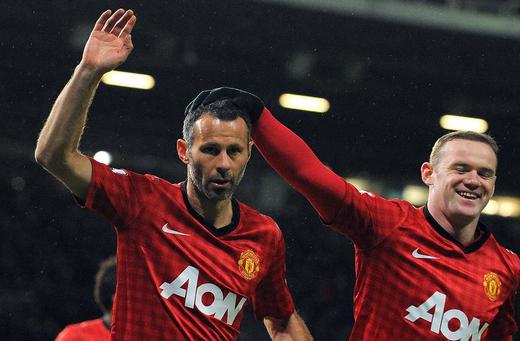 Ryan Giggs picked up the ManUtd.com Man of the Match award for the second time in 10 days.

The one-club man came out on top of the fan vote for the replay win against West Ham and continued his excellent form in the FA Cup with a dazzling display in the 4-1 beating of Fulham.

After converting an early penalty, awarded for handball against Aaron Hughes, he produced a performance full of verve, authority and almost effortless skill at times. His controlling of a ball on the left flank and audacious backheel on the edge of his own box to spark a counter-attack were just two moments that had the Old Trafford fans gasping in appreciation.

Giggs also provided the assist with a threaded through ball for Javier Hernandez's second of the match before departing to a much-warranted ovation from the home fans.

By polling more than half of the vote, the 39-year-old finished well clear of second-placedAnderson, who also impressed in midfield with his drive and invention. Defenders Phil Jones and Chris Smalling, imperious again when paired at centre-half, were the other players on the short-list.

How fans voted in our star man poll...