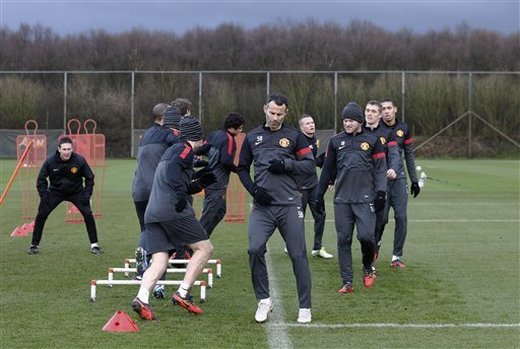 United beat Sunderland on the final day, but were pipped to the title on goal difference as Manchester City scored twice in injury-time against QPR to secure the Premier League.

The two sides meet on Sunday, with United topping the table by three points, and Giggs claims the squad are motivated to reclaim the title.

"It is always important to win as a Manchester United player," Giggs said. "We always feel if we play well during the season, more often than not barring injuries we will win the league.

"Last year we had terrible injuries. We lost out captain for most of the season, so to only lose the title on goal difference was a great achievement even though we lost."

Looking back on the final-day drama, Giggs said: "It is probably one of the worst feelings I've felt. I've missed out on the Premier League on the final day four or five times; it is hard as it is a tough season and you want to win. That is the ultimate goal.

"When you lose out it is difficult, when you lost out to your rivals, neighbours, then it is extra hard to take.
"It is up to us to come back next season and make sure it does not happen again."