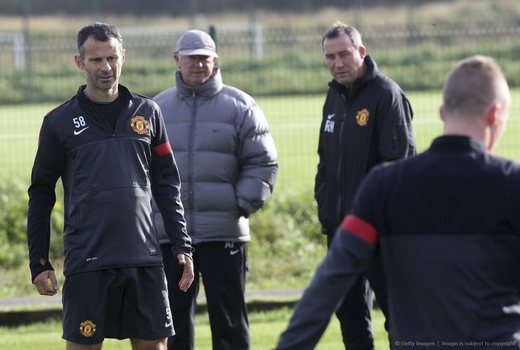 United are taking a 21-man squad to Romania for the Champions League encounter with CFR Cluj.

The Reds are looking to build on the opening Group H victory against Galatasaray but experienced midfielders Paul Scholes, Ryan Giggs and Michael Carrick have not travelled.

Antonio Valencia, who injured his ankle in the win at Liverpool, is not ready to return and fellow winger Ashley Young remains sidelined, along with the likes of Nemanja Vidic, Chris Smalling and Phil Jones.

Jonny Evans is available, despite picking up a knock late on against Tottenham, but Michael Keane and Scott Wootton provide cover at the heart of the defence. Youngsters Jesse Lingard, Nick Powell and Ryan Tunnicliffe join Darren Fletcher amongst the midfield options while Wayne Rooney and Robin van Persie could combine in attack again after showing promising signs in the second half on Saturday.