May 12, 2013
Posted by Steven Tan | Source from Gemma Thompson, ManUtd.com 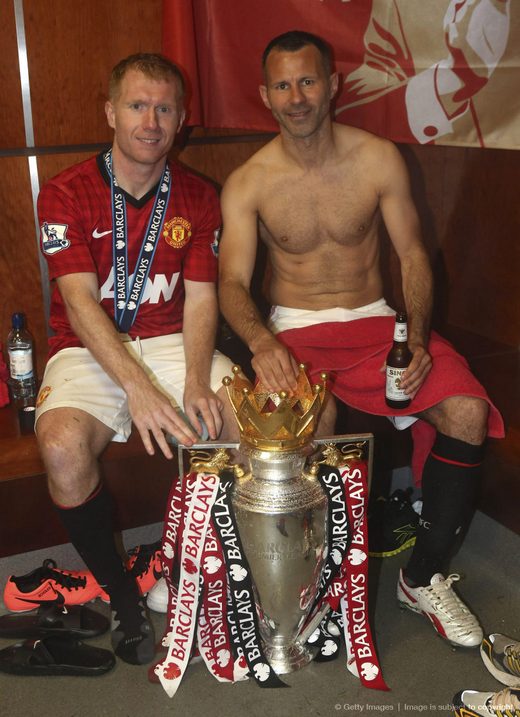 Ryan Giggs says it has been "a pleasure" to play alongside the retiring Paul Scholes.

Scholes made his final United bow against Swansea on Sunday after nearly 20 years in the first team. Giggs, who will play into his 40s next season, paid tribute to his colleague and close friend after the midfielder said farewell on Sunday.

"He’s a brilliant player to play with and it has been a pleasure over the years," Giggs told MUTV.

"You’ve seen him today - he’s not played for I don’t know how long and he comes in and his little five-yard passes and 30-yard passes, plus his range of passing, was just unbelievable. He’s just a pleasure to play with – someone who, as a forward player, you knew if you made a run, he would play you in.

"You wouldn’t even have to break stride as you knew the pace of the pass would be perfect and he’d put it where you wanted it to be put. He is just an amazing player and an amazing person."