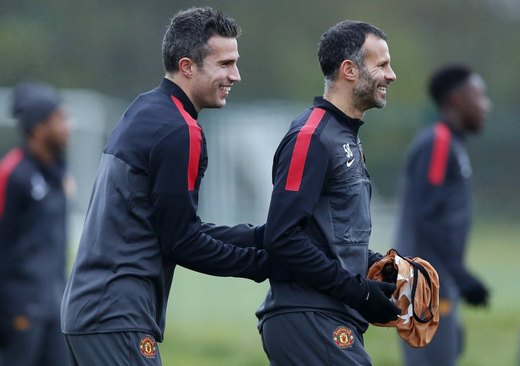 Ryan Giggs pinpointed the arrival of Robin van Persie as the spark which lit the fuse on United's dramatic comeback victory in Braga.

The Reds became the first team to qualify for the Champions League knockout stages with a hard-fought fourth win of this term's Group H campaign, but made heavy weather of overcoming their Portuguese hosts.

"It wasn't until we went one-nil down - probably when Robin came on - that we started to play a little bit better."

The Dutchman needed only one half-chance to haul United level with a crisply-taken finish, and Giggs conceded that the United new boy is brimming with confidence after a scintillating run of form.

"The keeper came rushing out but he's still a great finisher," said the Reds veteran. "I think everybody knew when he went through that there was only going to be one outcome.

"His confidence is just sky high at the moment. I read last week that a lot of the players think he's similar to Ruud in the respect that Ruud used to get a chance and more often than not he'd put them away. That's the case with Robin at the minute; his confidence is high, we're creating chances for him and he's putting them away."