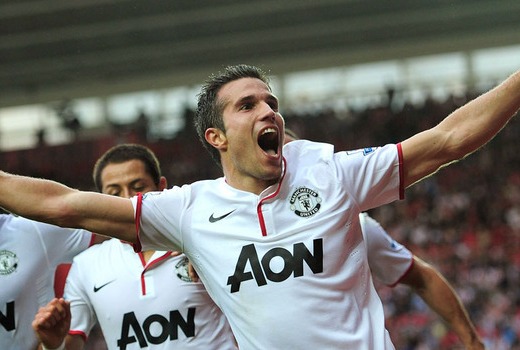 Ryan Giggs is hoping new signing Robin van Persie can make the difference for Manchester United in this season's title race after labelling the striker as 'world class'.

United were pipped to last season's Premier League crown by local rivals Manchester City on goal difference and Sir Alex Fergusonhas vowed such a scenario will not happen again.

Ferguson has improved his attacking options by bringing in Dutch hit-man Van Persie, who was the leading scorer in the top flight last term, from Arsenal.

Van Persie has already scored four goals for United, including a hat-trick in the 3-2 win at Southampton last weekend, and Giggs is optimistic he will deliver the goods.

Giggs also acknowledged that splashing out on the 29-year-old Van Persie was a departure from United boss Ferguson's transfer policy in recent years.

The Red Devils veteran added: "The goals that he's scored, and his performances in general, it's obvious he's a world-class player.

"The manager's policy over the last 10, 15 years is to buy young players and develop them, the likes of Cristiano, the likes of Wayne.

"But Robin's a readymade world-class star and is proven. I think he's shown that in the first few games and I'm sure there's more to come."