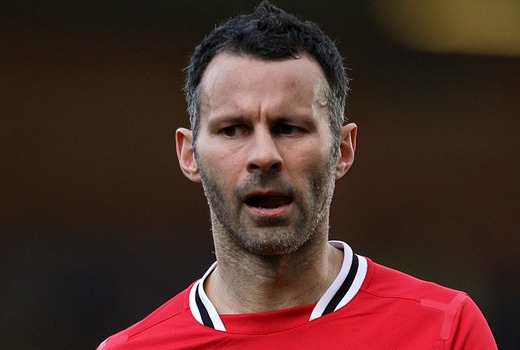 Ryan Giggs believes the signing of Robin van Persie is a statement of intent to the rest of the Premier League about Manchester United's ambitions for the season.

The Red Devils finished last season without any silverware after they were pipped to the Premier League title by Manchester Cityon goal difference with virtually the last kick of the campaign.

It was the first time since 2005 Sir Alex Ferguson's side had not picked up a trophy but the arrival of Van Persie in a £24million deal from Arsenal has added extra firepower.

Giggs was delighted to hear the Dutchman say that he had wanted to move to United rather than any other club, and is feeling confident about the rest of the season.

"It [the Van Persie signing] sends out a big message," said the Welshman.

"And it's great when a player comes out and says he wants to come to the club as well.

"I'm biased but players should want to come to United because you're always guaranteed to be up there challenging for trophies, there's a great team spirit, top facilities and you get to play for a great manager.

"There are so many plus points."

United lost their opening league match at Everton on Monday but Giggs expects the side to bounce back at home to Fulham on Saturday.

And he is relishing the challenge of wresting the title back from City over the course of the campaign.

"I'm more excited than ever about the season," the 38-year-old told the club's official website.

"You appreciate and try to enjoy things a lot more as your career comes towards the end and I'm no different. I can't wait for it all to unfold.

"It wasn't a nice feeling to lose the title last season - it never is, but it was the manner in which we lost it which was tough to take.

"I'm sure if we put that much effort in again and get that little bit of luck then we'll go that extra step."