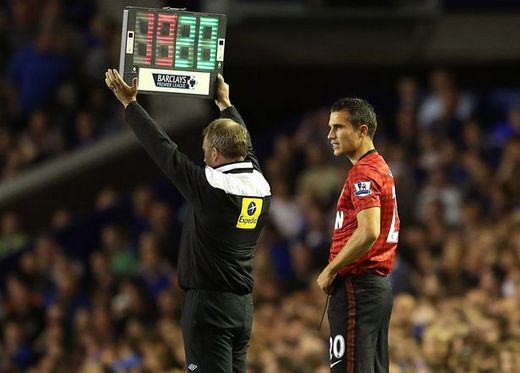 Ryan Giggs believes the capture of Robin van Persie has sent out a clear message about United's intent to win silverware this season.

The Dutchman was a reported target for a host of top clubs throughout England and Europe over the summer, but van Persie only wanted to come to one place.

"It [the van Persie signing] sends out a big message. And it’s great when a player comes out and says he wants to come to the club as well," Ryan told ManUtd.com. "I’m biased but players should want to come to United because you’re always guaranteed to be up there challenging for trophies, there’s a great team spirit, top facilities and you get to play for a great manager. There are so many plus points."

Despite Monday's opening defeat at Everton, Giggs says the players are as positive as ever and can't wait to get going again at Old Trafford against Fulham.

"Your first home game is the one that the fans are always excited about. They want to see the team again and the new players," he added. "I’m more excited than ever about the season. You appreciate and try to enjoy things a lot more as your career comes towards the end and I’m no different. I can’t wait for it all to unfold.

"It wasn’t a nice feeling to lose the title last season – it never is, but it was the manner in which we lost it which was tough to take. I’m sure if we put that much effort in again and get that little bit of luck then we’ll go that extra step."