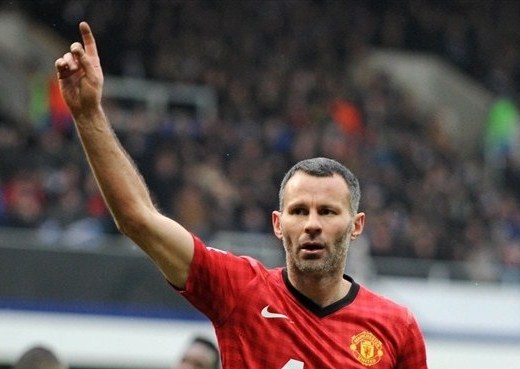 Now playing in his 18th UEFA Champions League season, and in his 40th year, Ryan Giggs is still going strong. It is partly because of his remarkable and enduring health and fitness, but perhaps more important is a mental attitude that remains as fresh as ever.

"I've tried to develop my game every season, and I am still trying," the former Wales midfielder, who signed a new contract on Friday, told Champions Matchday. As he showed when coming on after an hour of United's round of 16 first leg against Real Madrid CF, Giggs can cut it in a modern-day midfield – some achievement from an erstwhile winger.

"These are the games you are going to miss when you finish playing," said Manchester United FC's Ryan Giggs as he looked forward to Tuesday's visit of Real Madrid CF.

"I've moved on from relying on my pace – relying on beating defenders, trying to unbalance them – to playing in other positions," he said. "I'm equally comfortable in midfield or on the left. I've got the experience of playing left wing, and now I try to take up a position and produce passes to trouble a defender rather than going past him. Being effective on the pitch is what it's all about."

Giggs has 28 UEFA Champions League goals to his name, an impressive tally from midfield. He became the oldest player to score in the competition when, aged 37 years and 289 days, he found the net in United's 1-1 draw at SL Benfica in September 2011. "Scoring is the ultimate test in the Champions League. It has become less and less for me, so when I do get one I enjoy it more than ever."

Giggs faced Madrid in the 2000 and 2003 quarter-finals and admits Tuesday's second leg at Old Trafford could be his last meeting with the Spanish giants. "These are the games that you are going to miss when you finish playing and coming towards the end of your career, like I am, you want to enjoy it and savour it as much as you can."