May 15, 2011
Posted by Steven Tan | Source from givemefootball.com 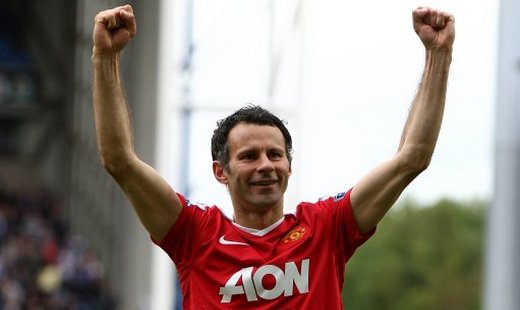 Sir Alex Ferguson might be trying to reinvent history by claiming he never vowed to "knock Liverpool off their perch" but his players are making no attempt to conceal their delight.

So keen was Wayne Rooney to rub Liverpool's noses in it that within minutes of the final whistle at Ewood Park, he had shaved his chest hair into the number 19, posed for a picture, then sent it all round the world to over 500,000 followers on his Twitter account.

And Ryan Giggs was equally satisfied, saying: "It was tough as a United fan growing up in the 1970s and 1980s and seeing Liverpool winning everything. They are our biggest rivals and 20 years ago, when we were 11 behind, this was never on the cards."

He added: "Nineteen titles is a great achievement. But credit to the manager and the club. We have gradually clawed the lead back and overtaken them.

"I am no different to any other fan watching Liverpool. Getting into this position is a very special moment."

And, worryingly for Kenny Dalglish and his troops, United have no intention of slowing down.

There will clearly be another challenger next season in Manchester City.

But there is no chance of any United team meekly surrendering after what they have achieved for the past two decades.

"Just like when we won the first one after 26 years we won't rest on our laurels," said Giggs. "We will try to push through and extend that lead."givemefootball.com