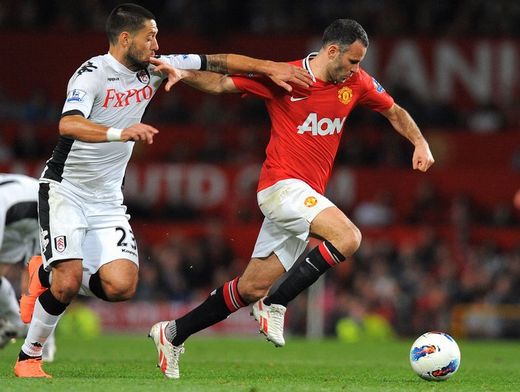 Ryan Giggs is enjoying the title chase and feels 1-0 victories like the one secured against Fulham could prove crucial.

The midfielder has lifted the trophy 12 times after being involved in numerous run-ins and won't be losing any sleep over the manner of success on Monday night as the Cottagers ensured nobody at Old Trafford could relax.

"You'd take 1-0s to the end of the season now," he told MUTV afterwards. "If we'd scored in the last minute, everyone would be euphoric and buzzing but obviously, the way the game ended, with some sloppy play and not keeping the ball, everyone's a bit disappointed. Rightly so because we know what we're capable of but, overall, we're pleased to get the three points."

Giggs is delighted that the Reds have overtaken Manchester City and is relishing being involved in yet another title scrap.

"Our form has been really good," he added. "It's probably another reason why it was a bit frustrating tonight as we've been playing really well.

"It was a massive effort but we knew we had to do it. City were there to be caught. We had some tough games but we've got through them and, now we can see the finishing line, hopefully we can finish the job off. As a footballer, you want to enjoy these times and you want to be involved in title chases and games like tonight. I'm sure there will be more twists and turns to come."

As for Danny Murphy's penalty claim after he was felled by Michael Carrick inside the box late on, Giggs had a similar view to referee Michael Oliver.

"I mean I was right behind the referee and I didn't think it was a penalty," he asserted. "Looking back at the replays, maybe it could have been but it happens. We had a penalty here against Newcastle that wasn't. They tend to even themselves out over the course of the season and perhaps that's what has happened here."