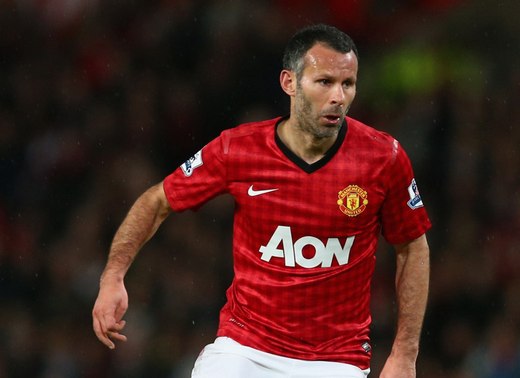 Ryan Giggs insists he and his team-mates love nothing more than being challenged on the biggest stages at home and abroad.

While the Reds are currently leading the way in the Barclays Premier League, a fifth round FA Cup berth was secured on Saturday thanks to a 4-1 win over Fulham. And just around the corner is the small matter of Real Madrid in the last 16 of the Champions League.

Giggs says the players are relishing the challenges in front of them and are determined to ensure at least one piece of silverware is captured this term.

“Challenging on all fronts is what you want, especially given the strength and depth we’ve got in the squad,” he told ManUtd.com and PA Sport. “We want to be fighting on all fronts and involved in all the competitions and doing the best we can.

“I think there is more to come from us. There is always room for improvement. Obviously we’re happy with where we are in the league and in the FA Cup and Champions League – you’ve got to be pleased with that. But there is always room to improve both individually and as a team.

“We’re not thinking about Madrid really. Everyone was excited when the draw was made but as experienced players you can’t look too far ahead. You want to perform in games and be in good form going into games like that and that’s what we intend to do. But at the moment we’re concentrating on Southampton.”

The Saints visit Old Trafford on Wednesday night in their first away game under new manager Mauricio Pochettino, who was brought in, much to many people’s surprise, in place of Nigel Adkins.

“I think everyone was shocked when Nigel Adkins went, but ultimately players have got a job to do and the new manager will put his ideas across and players will just get on with it,” said Giggs.

“Southampton have been in decent form and on a good run; it’ll be another tough game for us. They gave us a good game earlier in the season so we’ll need to play well.

“Every game at this time is tough but there are no easy games in this league. You’ve got to perform well in every match and you want to do that for your own satisfaction and for your own form. You want to play well because it gives you confidence going into the next game.”