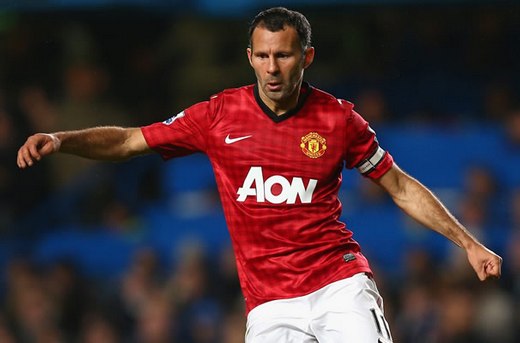 The Welsh winger was taking part in a Twitter chat with the Premier League, and answered fan questions on topics as varied as his toughest opponent to the favourite goal that he didn't score.

As for his dream midfield, the United legend stayed close to home and selected three players who played for the Red Devils.

When asked which three players from the Premier League era would you have with you in your midfield, Giggs said: "I think the two midfielders that stand out are [Paul Scholes] Scholesy and [Roy Keane] Keaney, the year we won the treble.

"And then it would be close to [David Beckham] Becks and Cristiano [Ronaldo], but what Cristiano has done in the last couple of years probably just pips him.

"In my view, along with [Lionel] Messi, he's the world's best player. So, I wouldn't mind being in that midfield, if I can get in!"

Giggs, who is Manchester United's record appearance maker, said former-Arsenal fullback Lee Dixon was probably his toughest ever opponent, while his favourite Premier League match was United's 4-3 victory over Manchester City in 2009.

Giggs's pass for Michael Owen set up the England international to score the winning goal deep into stoppage time for United that day.

The Manchester United star also selected his favourite goal not scored by him - but he couldn't decide between two. His choice was either Wayne Rooney's overhead kick against Manchester City in February 2011, or David Beckham's from the halfway line against Wimbledon in August 1996.