Giggs - No let up 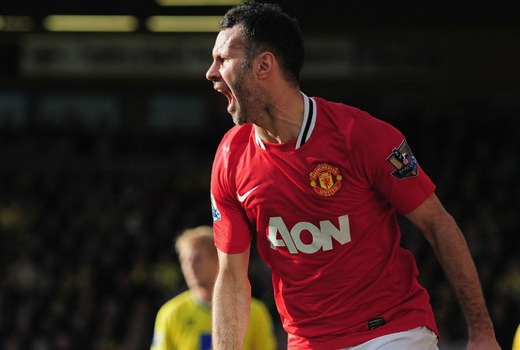 Ryan Giggs has vowed Manchester United will not ease up despite opening up an eight-point gap over Manchester City in the title race.

The 19-times champions have surged to the summit on the back of an eight-game winning streak, while City have faltered with just one victory in their last five.

With just six games of the season remaining, it appears unthinkable that Sir Alex Ferguson's side will not be able to defend their Premier League crown once again.

But Giggs, who has a staggering 12 titles to his name, has vowed there will be no complacency from the Red Devils as they prepare for Wednesday night's trip to Wigan, with City at home to West Brom the same evening.

"You concentrate on doing your thing and looking after your own form personally and as a team. That is what we've done," the veteran Welshman told United Review.

"We are experienced enough to know that there are still plenty of points to be gained and lost.

"Until it is mathematically impossible for us to be caught, we won't be counting our chickens. We never do.

"The key word is momentum. We've chased down teams before and been chased down ourselves.

"What you're looking for is a bit of form at the right time and then feed off positive results and go on a roll. I think we're doing that at the moment."

Ferguson produced one of the shocks of the January transfer window when he tempted Paul Scholes out of retirement, with the former England international bringing an added measure of class and guile to the United midfield.

And Giggs has saluted his fellow veteran for the impact he has had on the Old Trafford squad at a crucial juncture in the campaign.

He added: "Scholesy coming back was a massive bonus for us at the time, having him on the pitch and around the place in training.

"He's still the best trainer - you can't get the ball off him. He does things other players can't do."