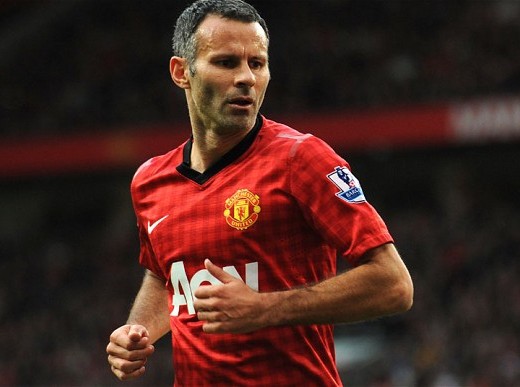 Both Manchester clubs suffered defeats in their final Champions League group games in the week - but while City crashed out and failed to qualify for the Europa League, United had already won their group.

United, who lost the title to their neighbours on goal difference last season, are three points ahead at the top this time and many pundits see the title race being another straight fight between them.

But Giggs, 39, who has made more Manchester derby appearances than any other player, said: "It doesn't mean anything extra because it is City.

Giggs said the added dynamic to playing City "is that they are on our doorstep", but has refused to rule Chelsea out of the title picture despite recent upheaval at Stamford Bridge. He said the transformation of City into big spenders in recent years meant the derby had "got bigger and bigger".

City doubled United last season, including a spectacular 6-1 win at Old Trafford, and Giggs said: "The two games against them were the difference last season. Hopefully we can get the right result and that will be the difference come the end of this season."

And he acknowledged that United "haven't hit the form we did in parts last season", with defensive frailties having plagues their campaign so far.

"We want to be the best team and each individual wants to be the best player," he added. "We must be doing something right, because we are in a good position and there is the belief we can score goals.

"But that doesn't mean we should neglect our defending and not try and stop the goals we are leaking, because we need to stop conceding them."