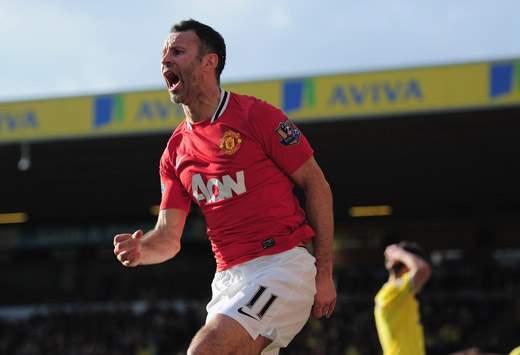 Manchester United's Ryan Giggs has labelled former AC Milan and Italy defender Paolo Maldini a "legend" and hailed the way in which the Italian defied critics to succeed for 25 years.

The Welshman broke Maldini’s appearance record for playing at a single European club when he made his 903rd appearance for the Red Devils against Fulham, but the 38-year-old has been quick to praise the impact that the Italian defender had on football.

"Paolo Maldini is a legend. He played at the highest level for 25 years,” Giggs told La Gazzetta dello Sport.

"I ask myself why a person like Maldini, who has so much experience, still hasn't got an important role in football?

"I remember that during Euro 1996, people said that Maldini was old, but yet his career lasted until 2009."

Giggs has been in good form so far this season, scoring two league goals in 19 appearances and helping to guide his side to the top of the Premier League with eight games left in the fight to retain the title.