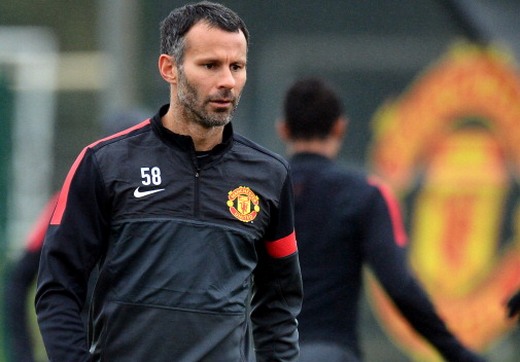 Ryan Giggs hopes to be involved against Manchester City despite playing 86 minutes of Wednesday's Champions League tie with CFR Cluj.

The 39-year-old is keen to feature against United's neighbours in Sunday's top-of-the-table clash and is targeting a winning run beyond Christmas to put the club in pole position to wrest the title back from Roberto Mancini's side.

It's incredible to think that Giggs was scoring in the derby as long ago as 1991, even if the ball did go in off Colin Hendry, and the midfielder is awaiting confirmation of Sir Alex Ferguson's plans for the Etihad Stadium.

"I hope not," he replied, when asked by PA Sport if playing most of the midweek defeats means he will not be selected on Sunday. "I want to be involved in every game. I realise it is a squad game. The manager has plenty of options, which you want going into a game like this. We trust his judgement so we will have to wait and see.

"We want perfection. We want to be the best team and each individual wants to be the best player. You want to be involved when the games come around. There is always room for improvement but I agree with the manager, we must be doing something right because we are in a good position."

The veteran campaigner is more interested in the bigger picture in terms of the Barclays Premier League title, even if victory would take the Reds six points clear at the summer.

"Six points in front would be a great position but we are not fussed if we are winning at the turn of the year or a couple of points behind," he argued. "You would always take a lead but as long as we are there or thereabouts. We would like to go on a run after Christmas. Now the Champions League is out of the way, we can concentrate on the league.

"We have found over the last couple of years that City, with the money they have spent and the quality they have brought in, the derby has got bigger and bigger. With them winning the league it is a huge game and there will be a massive build-up.

"If we had won that match [the 1-0 when Vincent Kompany got the winner], we would have won the league. The two games against them were the difference. Hopefully we can get the right result and that will be the difference come the end of the season."