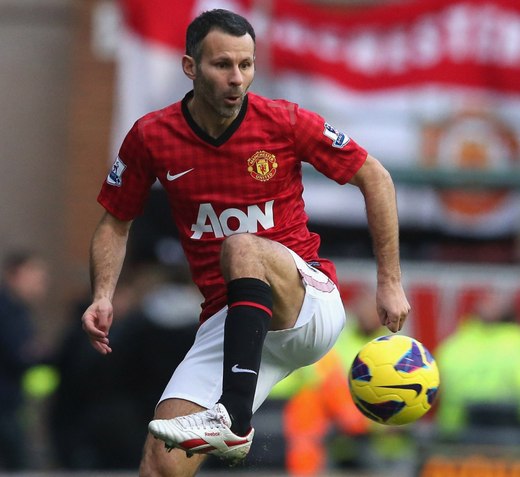 Javier Hernandez and Robin van Persie grabbed the headlines after United's 4-0 thrashing of Wigan, but Ryan Giggs insists the result was down to an excellent team performance.

The Reds' front pair netted two goals apiece in the impressive display at the DW Stadium on New Year's Day and while Giggs hailed the duo's scoring exploits and work-rate, he felt everyone involved played an important role in helping United maintain a seven-point lead at the top of the table.

"Everyone is working as a team - we score goals as a team and we defend as a team, and I thought all over the pitch we worked really hard and limited Wigan to very few chances," he told MUTV.

"Chicha and Robin were brilliant today and it wasn't only about their goals. Their work-rate and the way they defended from the front and closed players down made it so much easier for the midfielders to put pressure on their players. They'll get the plaudits for their goals, but their work-rate was also important for us.

"It was a great performance by the lads and a great result," he added. "We knew it was going to be tough - we experienced that last season, although before that we had a good record against Wigan. We still knew we'd have to work hard, but we felt comfortable during the game and felt the chances would come."

The result ensured United completed the festive period with ten points from a possible 12 and Giggs was quick to praise Sir Alex for the way he has managed to keep the team fresh during a spell of four games in ten games.

"We've got a good squad and the manager has rotated things right for the games. We looked fresh against Wigan and that's credit to the manager," added the veteran.

"You never know what you're going to get when you've got four games in ten days when it comes to injuries and fatigue, and you have to take your hat off to players like Carras [Michael Carrick] and Patrice [Evra] who have played in every game and worked really hard."