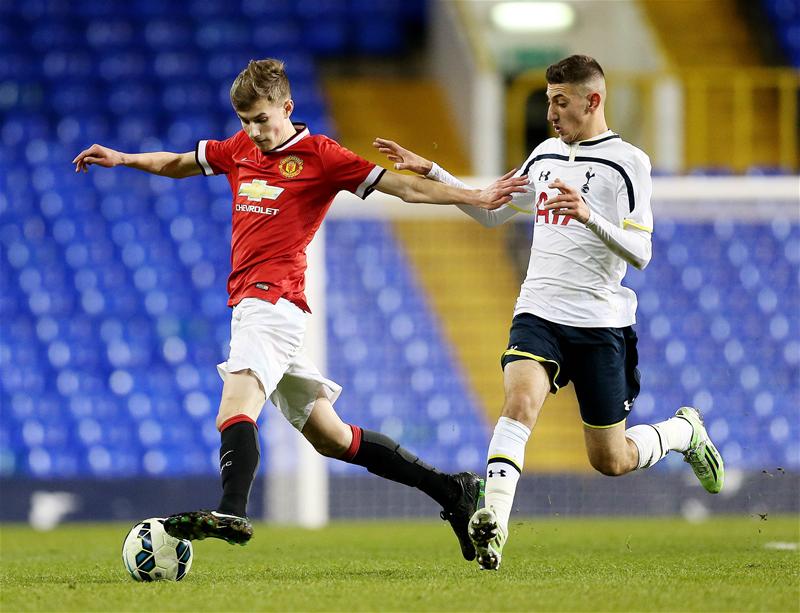 Manchester City made an attempt to sign highly regarded Manchester United youngster Callum Gribbin in the summer, as per the Mirror.

The attacking midfielder, who has been capped by England at youth level, according to the aforementioned source, was offered wages of £11,000 to join United’s bitter rivals.

However, the move failed to materialise, and Gribbin will now continue to develop at United, having signed scholarship terms with the club in the summer. He will be eligible for a professional contract once he turns 17 in December.

The youngster has featured for United’s development sides this season, making a solitary appearance for the U21s and also figuring prominently in the Uefa Youth League.

United academy coach Paul McGuinness believes that Gribbin is a player with a very bright future ahead of him.

McGuiness, per the Mirror, said: “Callum’s a very talented player and the type English football does not have a lot of.

“Other parts of his game are improving as well, his work-rate is better and he’s winning the ball back better.

“He has had a dramatic rise really in this team and it’s really helped develop him to be forced into those situations.”

Gribbin, a key player for United at U18 level, will no doubt be targeted by several other major clubs as he continues to develop, but for now appears committed to the Red Devils.

It is explained by the Mirror that high-ranking staff at Old Trafford, including assistant boss Ryan Giggs, stepped in to personally dissuade the young midfielder from taking up City’s offer.

City have made a determined effort to overhaul their youth development system in recent years and have invested in new training facilities for the club’s prospects.

However, they will be disappointed that, despite their best efforts, they have been unable to secure the services of Gribbin, a player who is set to become a familiar figure to many in the years to come.

Noted also by the outlet is that so angered were United academy staff by what was perceived an unsavoury way of flexing the Citizens’ financial might that the club considered refusing to play youth-team matches against their regional rivals.