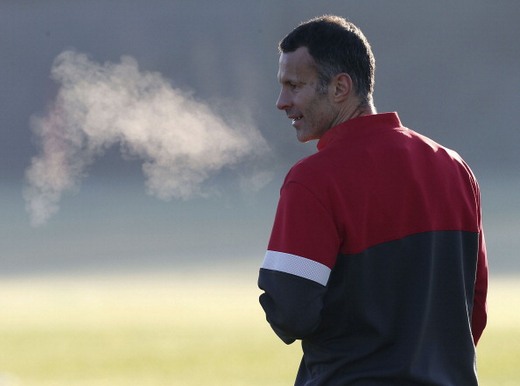 Ryan Giggs believes last Sunday’s victory in the Manchester derby has given United a welcome boost ahead of the busy Christmas period.

The Reds legend also insists his teammates are well-placed for success throughout the remainder of the 2012/13 campaign, as long as they can blend defensive consistency with attacking quality.

Speaking to Red Voices, ManUtd.com's podcast, Giggs was optimistic in his response when asked if the 3-2 win over City has improved squad morale: “It should do, purely because of the way we performed.

“The bench is very strong and some players aren’t even getting on it. The squad is looking good at the moment and we’ve got our captain, Nemanja Vidic coming back soon. We have got everything is in place for the busy Christmas period and the confidence of such a great result.

“We accept that we are letting too many goals in and we’ve had to come from behind too often, but the signs are there that this could be a very good season for us. Chelsea, Newcastle and City away have been our three best performances and you probably can’t get three bigger challenges.

“The quality and the form is there, we just need the consistency - which we will hopefully get now the Champions League is over and internationals are gone, and we can purely concentrate on the Premier League and later the FA Cup.”