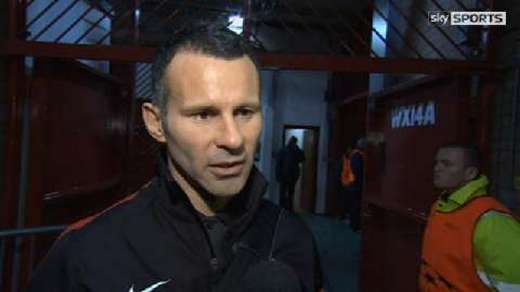 Ryan Giggs admits that Manchester United's failure to win the title last season can be traced back to their derby loses to Manchester City.

The first Manchester derby of the season headlines this weekend's Super Sunday as United travel to the Etihad Stadium.

Sir Alex Ferguson's men lost both matches last term, including a 6-1 hammering at Old Trafford before losing 1-0 at City, which many feel kick-started their charge to the title.

And Giggs admits those two loses proved crucial, telling Sky Sports: "If we had drawn the game [at City] we would have won the league.

Giggs admits that the Manchester derby is now as big as any in the league.

"Over the last few years, City - the money they have spent and the quality they have brought in - it has got bigger and bigger.

"Derbies are always big but with them winning the league now and the quality they have, it is a huge game, and a massive build-up beforehand."