Giggs: Evans, Smalling or Jones could be United's next captain 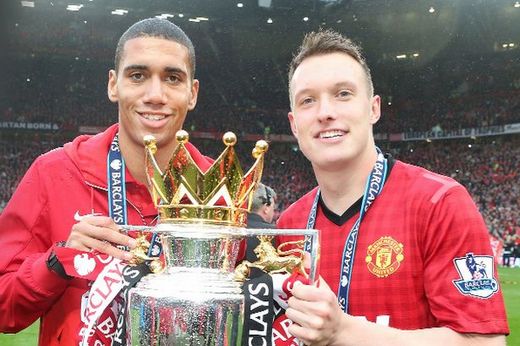 Louis van Gaal is yet to make a decision on who will skipper the side next season after Nemanja Vidic left Old Trafford for Inter Milan this summer.

Wayne Rooney and Robin van Persie – who captained Van Gaal's Dutch side at the World Cup – are the frontrunners.

But Giggs, who is settling in to his new role as assistant manager, believes one of the younger players could benefit from getting the armband.

“It's one of the things we discussed first when I met Louis.

“Obviously, with the leaving of the experienced players, it's one of the decisions we are prioritising.

“The decision hasn't been made yet. Louis is still getting to know the players. He's still trying to see their qualities.

“The likes of Phil Jones, Chris Smalling and Jonny Evans, maybe a player like that will thrive from it, take charge and come out of their shell.”

The players are preparing for their first pre-season friendly of the summer when they take on LA Galaxy in Pasadena on Wednesday.

Giggs insists the competition for places is already high.

And he singled out Wayne Rooney for special praise after the England striker cut short his holiday to get a full pre-season programme under his belt.

“That's definitely the case when a new manager comes in. You want to be on that team-sheet for that first game of the season against Swansea, so you do everything you can to do that.

“Everyone will be involved in the first game.

“The World Cup boys are a bit behind in terns of their fitness, with the other lads who have been back 10 days or so, but no, Wayne looks good, along with the rest of the lads.”