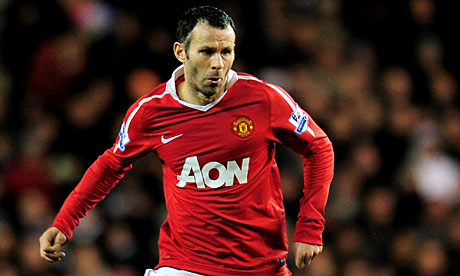 Ryan Giggs is excited by the prospect of locking horns with old adversaries Liverpool on Sunday.

The Welsh winger, who has spent 20 years in the first-team at Old Trafford, is in line to make his 607th league outing on Merseyside.

Taking three points on derby day is more important to Giggs than records, though, with local pride at stake in the North West.

He admits that clashes with Liverpool mean more than most, with the two teams currently locked together on 18 top flight titles apiece.

Such history, coupled with local rivalry, helps to make meetings between United and Liverpool stand out fixtures in any given season.

"The rivalry is massive with Liverpool. It's probably the biggest rivalry, well it is, in English football," Giggs told Sky Sports News.

"It's always a special game. I have always said that it's the one place where you get the most satisfaction when you get a result because you have got to play against the team, against the history, against the fans.

"It's just a special moment when you get a result at Anfield."

The renewal of his rivalry with fellow Scot Sir Alex Ferguson will add to the occasion at Anfield, with Giggs well aware of how big a factor Dalglish's presence could be in the home dug out.

"He's a Liverpool legend, both as a player and a manger, and he's come back," he said.

"That just adds spice to the game."