Giggs: De Gea's shot-stopping is second to none 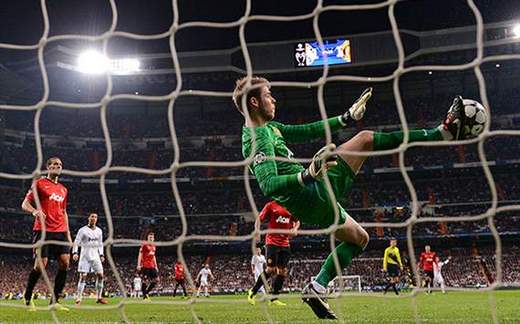 Ryan Giggs has praised "second to none" David De Gea after the Manchester United goalkeeper’s man-of-the-match display in the 1-1 draw with Real Madrid on Wednesday night.

The former Atletico Madrid shot-stopper returned to his hometown and made a number of key saves in the first leg of the Champions League last-16 tie at the Santiago Bernabeu.

"David has had to make some good saves, it’s good for him to come back to Madrid and put on a performance like that," Giggs said after the game.

"He’s a top keeper and his shot-stopping is second to none. He showed that tonight.

"There was a lot of pressure on him coming back to Madrid and he produced the goods.

"Usually, if a keeper makes a mistake it’s a goal but if a centre-forward misses an open goal they get other chances. But he’s produced a great performance tonight."

United took the lead through Danny Welbeck’s header in the 20th minute before Cristiano Ronaldo equalised with a header of his own against his former club.

Ahead of the return leg at Old Trafford on March 5, Giggs believes the tie remains firmly balanced and feels Sir Alex Ferguson’s side showed in Madrid that they have the strength of character to book a place in the quarter-finals.

"I think it’s 50-50 because you’ve got to recognise the quality they’ve got," Giggs added.

"We’ve got to put pressure on them and put in a good performance, and the crowd will be behind us.

"If you’re going to win the Champions League, you have to put on performances like that, defend well and win the ball. Perhaps we could have held on to the ball a little bit better but overall we’re quite pleased."