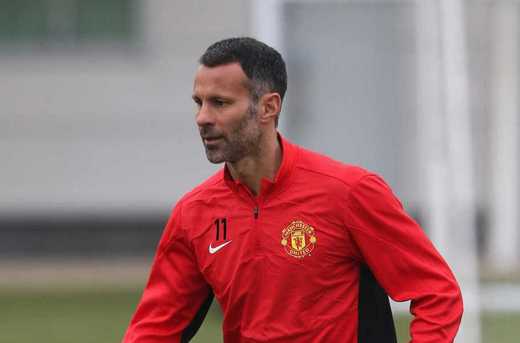 The Premier League champions may be on a 10-match unbeaten run since their shock home loss to West Bromwich Albion in September but that includes draws with Southampton and Cardiff where points have been squandered in the closing stages.

In Europe, United have still to make sure of their place in the knockout stages of the Champions League, and should they lose at Bayer Leverkusen on Wednesday the English giants could face a tough task to qualify come their final group game.

But United great Giggs, who turns 40 on Friday, has seen it all before even in the days when the club were lifting the European Cup under retired former manager Alex Ferguson.

"We've got off to a disappointing start," Giggs told talkSPORT radio on Tuesday.

"The last 10 or so games we haven't been too bad, but the game against Cardiff is one we should be winning.

"It's a crazy season, everyone seems to be beating each other. Only Arsenal (the Premier League leaders) have showed consistent form. They are up there and deservedly so.

"But we've been in so many title chases, and from our experience we know we've just got to hang in there while we are not playing at our brilliant best, and hopefully the form will come at the turn of the year," added Giggs, whose side are currently seven points adrift of the Gunners.

"As long as we're thereabouts in January and get a run together, history shows we will have a great chance of winning the league."

United's prospects are not being helped by injuries to striker Robin van Persie and midfielder Michael Carrick, both of whom missed the open section of Tuesday's training session before the squad headed to Germany.