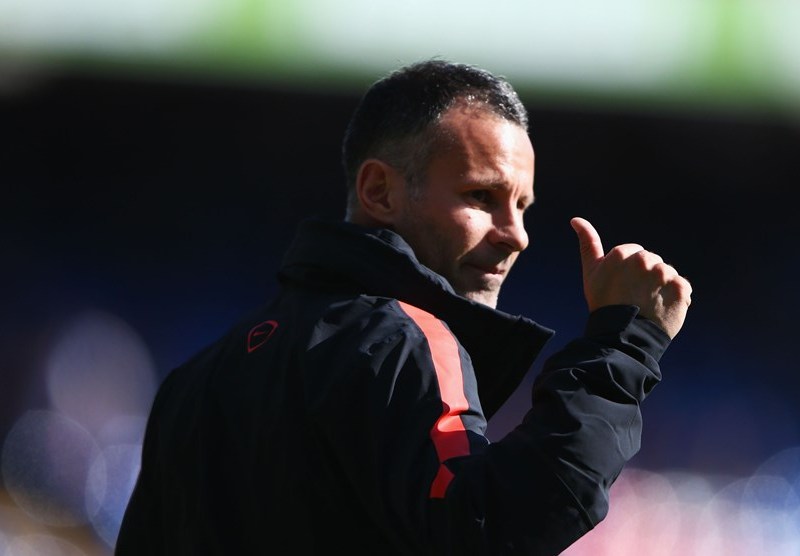 Ryan Giggs has won more trophies than any other player in Manchester United’s illustrious history.

Yet out of all the 35 major honours he accumulated in 24 memorable seasons with the club; the 1999 Intercontinental Cup and the 2008 FIFA Club World Cup winner’s medals prove that the Red Devils were the finest team on the planet.

In an exclusive interview with FIFA.com seven years to the day that he and the Manchester United squad touched down in Tokyo, Giggs recalls the glories, his Japanese experiences and explains why he believes that Manchester United have never received the recognition they deserve for being the first British team to be crowned champions of the world.

FIFA.com: The FIFA Club World Cup is one of the hardest tournaments to qualify for and to win. From a player’s point of view, does that give the tournament extra credence?
Ryan Giggs: Well, even though it’s called the Club World Cup, European players might see the Champions League final as bigger. But is it actually? To win it, you have to do so much and you’re coming up against a team, usually a team from South America, who definitely want it. They realise how big it is and it’s their chance to beat the champions of Europe. So, it’s a massive challenge. For us, I think even the players weren’t aware of how big it was before. Once we got over there, Sir Alex [Ferguson] drilled into us. He told us that United had never won it, and we could be the first. If the lads didn’t already know how big the game was, he made sure everyone knew.

How much does a dressing room feed off a manager's desire to win?
It certainly does. On that occasion, Sir Alex definitely honed in a lot more about how important this was for not only Manchester United, but for English football as well. He stressed the need to be crowned world champions saying, ‘There’s not many teams who’ve had this chance. You might not get this chance again, so make sure you win it.’ That really hit home.

You tasted success twice in Tokyo, once for the 1999 Intercontinental Cup and at the FIFA Club World Cup eight years later. Both were 1-0 wins. What are your memories of both occasions?
Against Palmeiras in 1999 for large parts of the match they were the better team. They definitely were before Roy Keane scored. After the goal, we dominated and we could have scored a couple more. I was man of the match, but I don’t think I deserved it. Mark Bosnich saved us on a couple of occasions!

After we beat Liga de Quito in 2008, I could take it in a lot more. In many ways, you could compare it to the joy I felt after winning the Champions League for the second time. I got a lot out of seeing the euphoria of the other players. There was a bigger realisation of what we achieved. It was an unbelievable feeling.

Do you enjoy going to Japan?
Most definitely, I think it’s always good to experience different cultures. But in Japan, there’s obviously a lot of Manchester United fans which helps! But for the players, the training facilities and stadiums are very good. Things are always well organised and the atmosphere when you play is great.

How difficult did you find it to cope with the jetlag?
The last Club World Cup was the worst I’ve ever experienced jetlag wise! I was living on two or three hours sleep a night. I would get up at three in the morning, thinking I was the only one affected, and would go down to the players’ leisure room to practice playing pool. But regularly when walking down the corridor, I’d hear balls going in the pockets. There’d be four or five of the lads in there too!

Before one of the games I was fighting to keep my eyes open, so I needed lots of coffee just to get through the game! These were all of the problems you have to face. You just get over them and deal with them.

Do you think that accounted for that high-scoring semi-final against Gamba Osaka when you won 5-3?
Well, it’s always hard when you play local teams because they’re used to everything. They don’t have a problem with the jetlag, they’re used to the facilities. We’ve always had tough games against Japanese opposition. More often than not we’ve won but we’ve been surprised a couple of times and lost a few. There is quality among the J.League teams and you need to play well to win against them.

Do you think Manchester United have received the appropriate recognition for being the first British team to win the Club World Cup?
No I don’t. It’s definitely one of our achievements that doesn’t get the recognition or exposure it deserves. Because of the qualification involved and the fact that you have to beat another continental champion in the final, arguably it’s the hardest trophy of them all to win.

In an era when the Champions League and the Premier League are so big; they’re the priority, so there’s no way in England that it gets that recognition. And because no one from England is in this competition for five or six years at a time, the exposure perhaps isn’t as great.

Do you think history will change perceptions?
It could do. If English teams win it a lot more, maybe the fans here will know more about it. But if teams don’t win it as much, it’s even more special and highlighted when teams do win it.

I think Rio Ferdinand has gone on record to say that it’s the proudest success he has ever had because of what we had to do to win it. I would definitely second that. It's a massive achievement.

As you are a coach now, what would your advice be to the clubs going to compete at the Club World Cup?
Because you don’t usually come across the teams you’re playing against, the analysis of the other teams is really important. You need to know how they’re going to play, because you won’t know most of the opposition’s strengths and weaknesses. So the staff have to do their job, but the players really just need the message that Sir Alex gave us; that they might not get this chance again. It is so hard to qualify for a Champions League, let alone win one. So, you’ve got to make the most of it.