May 2, 2014
Posted by Steven Tan | Source from Tim Oscroft, ManUtd.com 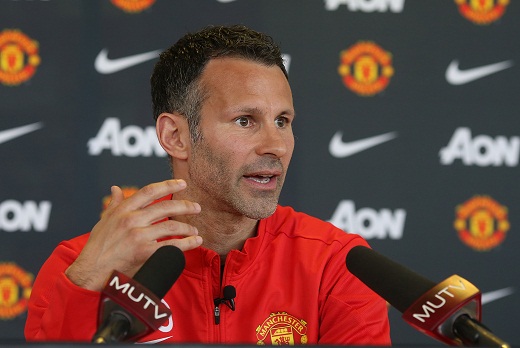 Ryan Giggs says nothing has changed regarding his role as interim manager, though the Reds legend admits he may play before the end of the season.

The most decorated player in the club’s history is preparing for his second game in charge, against Sunderland at Old Trafford on Saturday, having become temporary boss for the rest of the season in late April.

"Nothing has changed – it’s until the end of the season and we’ll chat when that’s over," said Giggs at his press conference at the Aon Training Complex on Friday. "My main concentration is on Sunderland tomorrow and the remaining two games."

Giggs has not played since registering 45 minutes of the 1-1 draw with Bayern Munich on 1 April, but if he did it would be the first time a player-manager has appeared in the Premier League since Stuart McCall did so for Bradford City in 2000.

“I’m still training and doing bits and pieces so I’m still in the frame on maybe playing in the remaining games. I'm just trying to keep myself fit and try to win every game. I might not get back into the team!”

Giggs opted to wear a suit rather than a tracksuit for last Saturday’s 4-0 win over Norwich, but is open to options for the visit of Sunderland.

“Most footballers are pretty superstitious so suit again I think, unless I’m playing!”