Giggs - Barca can be beaten 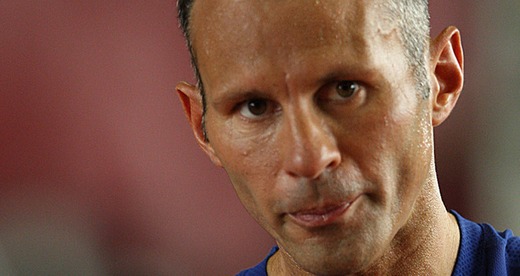 Ryan Giggs insists it is not 'impossible' to beat Barcelona and is confident Manchester United can learn the lessons from recent defeats by the European champions.

United beat Barca over two legs in the semi-finals of the UEFA Champions League in 2008 before going on to win the final courtesy of a penalty shoot-out success over Chelsea.

However, the Red Devils were soundly beaten by Barca in Rome in the 2009 final before again being outclassed by the Spanish giants in last season's showpiece at Wembley.

Veteran midfielder Giggs acknowledges the difficulty of overcoming Pep Guardiola's side, but feels United are capable of concocting a plan to win if they meet again.

"It's difficult, as they're such a good team, but it's not impossible," Giggs told MUTV. "Teams have beaten them, and we beat them three years ago when they were not too different back then.

"What they've got now is more experience and confidence from winning things that they didn't have back then.

"We've got to overcome that if we come up against them again. We'll be confident we can beat them if we do.

"We've got to learn from our mistakes and get better. I'm sure we can, with the players we have here and the hunger to win things."

However, Giggs revealed that the impact of May's mauling by Barca was softened by securing a record-breaking 19th top-flight title last season.

The Welshman added: "I think everyone was disappointed about the Champions League final. The manager did a great job putting things into perspective as United fans wanted the 19th title so much.

"There are people who grew up, similar to myself, and who are older, who thought we'd never surpass Liverpool.

"So it was a mixture of the disappointment of the Champions League final but also savouring what was a great achievement in being able to catch Liverpool and overtake them in such a short space of time.

"Everyone was gutted about the Barcelona game, but it is a great achievement to surpass a record that, 20 years ago, no-one would ever have foreseen."