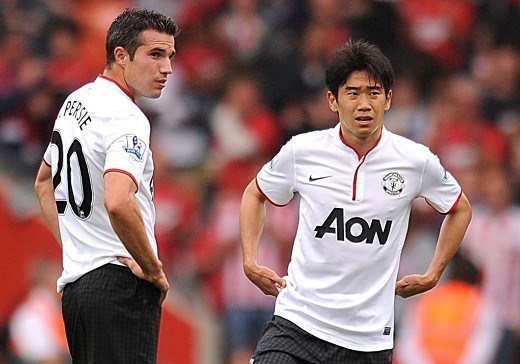 Manchester United veteran Ryan Giggs is expecting new boys Robin van Persie and Shinji Kagawa to give the club an edge in Europe this season.

Van Persie's appearance off the bench in Saturday's 4-0 Premier League win over Wigan showed the Dutchman has no lingering effects from the groin injury that curtailed his international involvement.

It also confirmed manager Sir Alex Ferguson's determination not to take any chances in the UEFA Champions League this term after admitting he got his team selections badly wrong last season, when United went crashing out in the group stage.

And with fellow summer signing Kagawa also set to return after being given additional time to recover from his arduous trip to Japan, Giggs is expecting both men to make a positive impact.

"Robin has the experience of playing in Europe with Arsenal," the 38-year-old Welshman said ahead of Wednesday night's opener with Turkish outfit Galatasaray.

"The goals he has got will hopefully give us that extra edge this season.

"Shinji is that kind of player who will thrive in Europe, where possession is key.

"He keeps the ball and gets into positions where he is hard to pick up.

"I am sure they will both be very good additions in Europe for us."

They threw away a two-goal lead against Basel on home soil, and were then beaten in their final match in Switzerland when they only needed a point to advance.

Ferguson will demand there is no repeat this time around, and Giggs believes he knows just how to do it.

"We need to win our home games," he said.

"Usually 10 or more points gets you through, which means winning at home and trying to draw away.