Giggs and Scholes Proof Lampard Switch to United Would Work 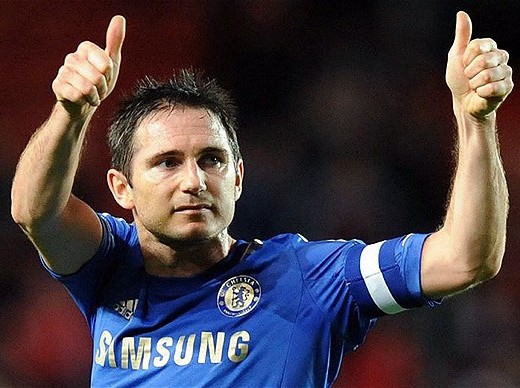 Frank Lampard would suit a move to Manchester United should he leave Chelsea at the end of the season, according to Ray Wilkins.

Lampard is set to leave the European Champions in the summer after failing to earn a new deal at Stamford Bridge, with the club taking a ruthless line on the future of players in their 30s.

The England international has been linked with a move to the Premier League leaders, and Wilkins, a former Chelsea and United player, believes due to the success of Ryan Giggs, 39, and Paul Scholes, 38, Lampard would excel as an elder statesmen at Old Trafford.

"He'll want to continue to win and play at a high level - and there's no higher level than Old Trafford," said Wilkins.

"You have the master of utilising the older player in Sir Alex Ferguson, so I think it would be a tremendous move for Frank and a good one for Manchester United as well.

"You only have to see the performances Giggs and Scholes have put in over the last few years - and they are four years older than Frank!"

"He'll win them over because of his footballing ability," he added.

United are still to finalise new contracts for Giggs and Scholes, both of whom have played peripheral roles this season in the club's attempts to wrestle the Premier League title away from Manchester City.

Should the out-of-contract pair both leave, United would most likely be looking to strengthen the midfield area, with Lampard able to lending the perfect blend of experience and goals.

Lampard's fifth goal in as many games took him to within nine goals of becoming the club's highest ever scorer, and having won every major domestic and European honour spanning over a 12-year Chelsea, his attachment with the club holds no bounds.

The midfielder, who will be keen to remain at the height of world football ahead of selection for England's World Cup squad in 2014, is likely to have numerous offers to consider in the summer, and Juventus' Italian magician Andrea Pirlo would welcome him in Serie A.

"They would be mad to let him leave Chelsea, he's still one of the best in the world," Pirlo said.

"If he wants to play in Italy I would welcome him to Juventus with open arms. Lampard could have another four years at the top in Italy."