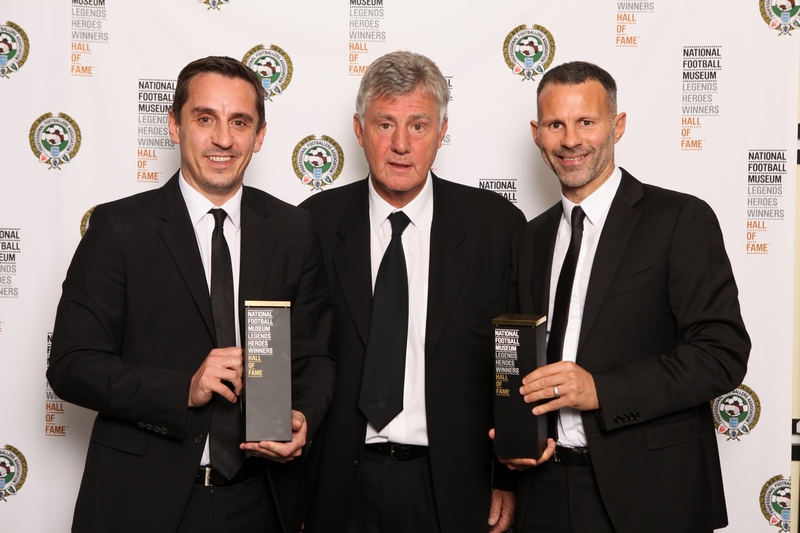 Manchester United icons Ryan Giggs and Gary Neville were among nine legends who were inducted into the National Football Museum Hall of Fame during a special ceremony on Wednesday.

The Class of '92 graduates attended the event in the heart of the city centre, where the National Football Museum is based, as Giggs received his award from Sir Alex Ferguson's former assistant manager Brian Kidd, before the Welshman presented Neville with his own prize.

On receiving his trophy from his former team-mate, Neville explained how humbled and thankful he was: “We had an amazing opportunity as kids. It just doesn't feel right to be in any Hall of Fame. I feel delighted and privileged to be amongst such greats as there are in this room tonight."

Giggs and Neville have joined over 130 other names who have been inducted, including Alan Shearer, Peter Schmeichel, Gordon Banks, Trevor Francis and Sir Tom Finney.

Inductees are chosen by museum president Sir Bobby Charlton, vice-president Sir Alex Ferguson, PFA chief executive Gordon Taylor and BBC football pundit Mark Lawrenson. To qualify for nomination, players must have finished their career, be aged over 30 and have played/managed in the English league for at least five years.