Giggs and Neville are bringing Football Hotels to Asia 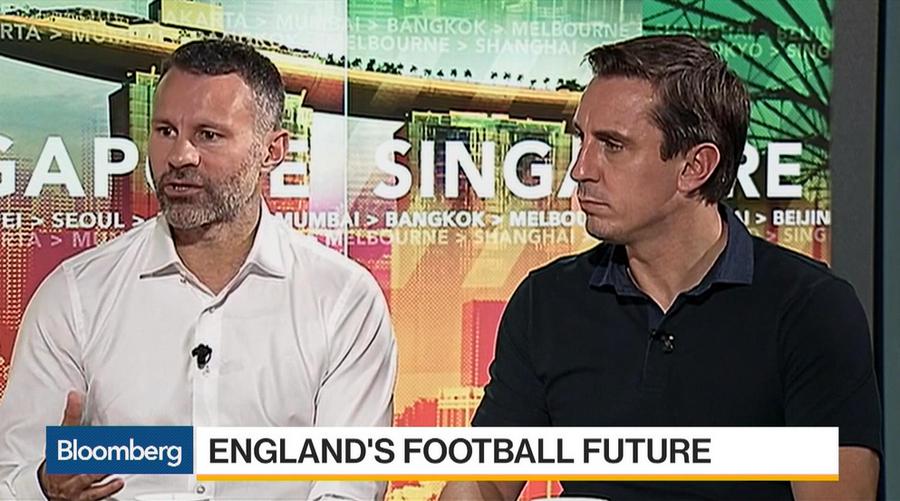 Former Manchester United stars Ryan Giggs and Gary Neville, who have teamed up with Singapore billionaire Peter Lim on property developments in Manchester, are seeking to bring their football-themed hotels and cafes to Asia.

Giggs and Neville are in talks with potential partners to expand in China, Thailand, India, Singapore and Malaysia, the pair said in an interview in Singapore. Some developments will house a hotel and cafe, while others will only be a cafe, Neville said.

“We’ve had fantastic reviews in Manchester, and we are looking for a U.K., Europe and Asian expansion over the next 12 to 18 months to add multiple properties,” said Neville, who played 602 games for Manchester United. The first football-themed cafe in Asia will open in Singapore in 2017, he said.

Giggs played a record 963 games during a 24-year career at Manchester United, winning 13 Premier League titles and scoring 168 goals. He was an assistant under manager Louis van Gaal, but in July quit the club he joined as a 14-year-old after Jose Mourinho was appointed to the top job.

Lim’s Rowsley Ltd., a Singapore-listed property developer, Giggs and Neville have also partnered with the Manchester-based National Football Museum, where they will open the third Cafe Football later this year. The first cafe opened in London in 2013, followed by a second near Manchester United’s home ground Old Trafford.

The trio are developing St. Michael’s, a 1.43 hectare site in Manchester’s city center which will house a 5-star hotel, offices, housing and retail outlets. They have also teamed up to transform Manchester’s historic Northern Stock Exchange building into a boutique hotel.