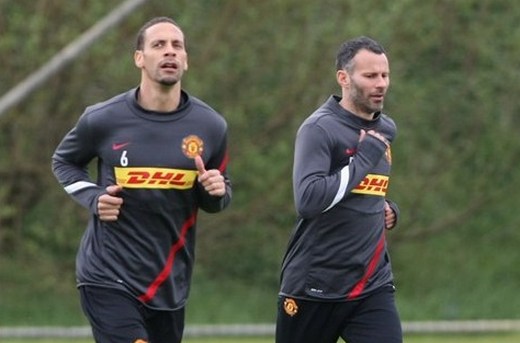 Rio Ferdinand and Ryan Giggs are eyeing progress from Champions League Group H but remain focused on a tricky opener against Galatasaray at Old Trafford.

The experienced campaigners spoke to MUTV ahead of the fixture with the Turkish champions and are clearly determined to avoid a repeat of last season's failure to reach the knockout stages.

"Galatasaray is a good game for us," said Ferdinand. "The Turkish fans will come over and add a lot of noise to the stadium. They are very vocal. We're expecting a tough game but it's one we're expecting to win as well.

"I don't take too much of account of who we have got [in the draw]. There are big teams we could have got that we have missed out on although, as we found out last season, people said it was a so-called good draw on paper but we didn't get through.

"So you've got to make sure you apply yourself correctly. If we do that this season, we'll get to the next stage of the tournament and that's definitely our aim."

Midfielder Giggs, who made his first start of the campaign in the 4-0 win against Wigan at the weekend, still relishes the European occasions at Old Trafford.

"The Champions League coming around again is always special," he enthused. "You know it's a test and can't take any game for granted.

"That was shown last year when we didn't get through the group stage so we need to be starting well to make sure we get our results at home, which we didn't do last year, and hopefully go a long way in the competition."