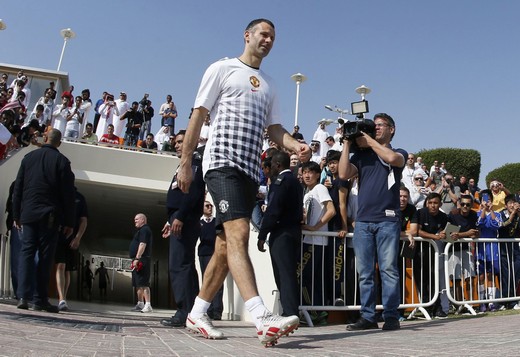 Ryan Giggs accepts Manchester United's substantial strength in depth means they should compete for every trophy available to them.

But the 39-year-old winger says the squad want to avoid stretching themselves with a fixture backlog by winning their FA Cup fourth-round tie against Fulham at the first attempt.

Giggs was a relatively raw 20-year-old when United beat Chelsea in the FA Cup final in 1994, the first major final of what has been a long and glorious career and one that made a lasting impression on the Welshman.

Despite his fond memories of the competition, Giggs does not want United to take any longer than necessary to ensure they reach the next round, with UEFA Champions League football resuming in February.

"Winning the FA Cup was one of my first memories as a United player," he said.

"The competition was huge for me growing up and still is and we have so many players here who are desperate to win it.

"You want to be challenging on all fronts given the strength in depth we've got. But we are quite keen to avoid a replay because we've got a lot of games coming up."

If Saturday's game were to end in a draw, it would almost certainly be played on the weekend reserved for the fifth round - in between the two Champions League ties with Real Madrid - with a fixture pile-up looming should United eventually make it through.

"We realise tomorrow will be a difficult game," said Giggs. "Fulham did well when they came to Old Trafford earlier in the season and we're going to have to be at it right from the start."