Gabriel Obertan keen to learn from Ryan Giggs and Nani 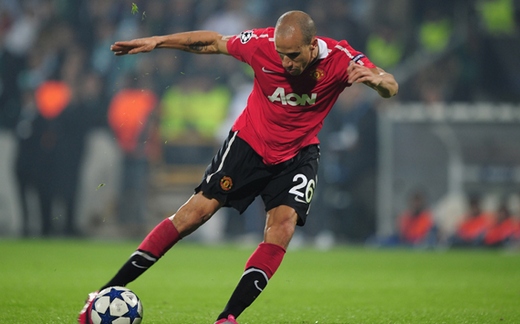 Gabriel Obertan insists he would like to be "a real Manchester United player" by proving his mettle to manager Sir Alex Ferguson.

The Frenchman has managed to make only three starts in the Premier League this season, and has vowed to improve by learning from Ryan Giggs and Nani.

"I hope to become a real Manchester United player but the most important thing is to keep working hard," Obertan said, according to The Sun.

"I try to learn from players like Ryan Giggs and Nani.

"It may take a while but I'm going to keep working hard. I'm focused on doing my best for the club and then we'll see.

"Hopefully I'll get some time on the pitch to show what I can do."