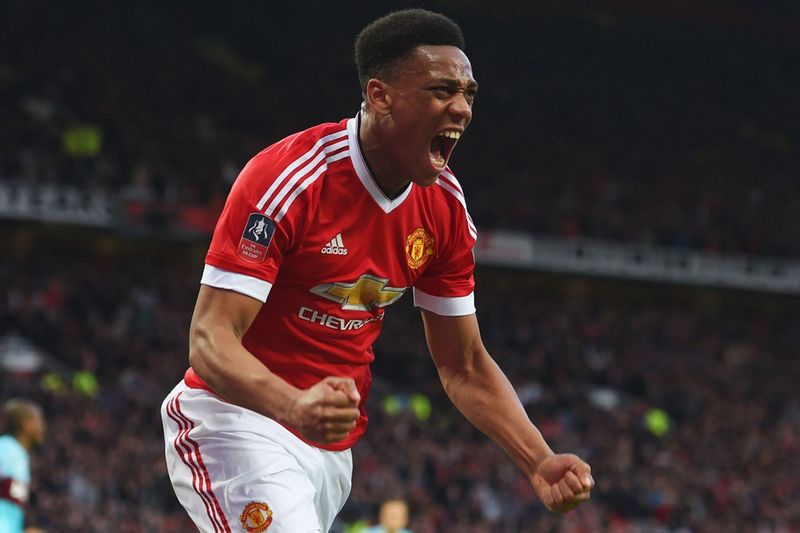 Manchester United remain in the Emirates FA Cup courtesy of Anthony Martial's late equaliser after Dimitri Payet's stunning free-kick appeared to be sending West Ham United into the semi-finals.
The two teams must reconvene at Upton Park in a bid to join Crystal Palace, Everton and Watford in the last four of the competition last won by the Reds in 2004.
The Hammers started like a side high on confidence and, backed by their travelling support, they created the first real chance but Michail Antonio scuffed wide from Andy Carroll's through ball. With Marcos Rojo in the middle, presumably to help contain Carroll's aerial threat, there was some relief when the England international dived to head an Aaron Cresswell centre off target.
Cresswell's attacking raids caused problems as another of his crosses led to Emmanuel Emenike forcing a save out of David De Gea. Darren Randolph remained untested at the other end, as Jesse Lingard and Marcus Rashford, with an overhead kick, failed to trouble the former Charlton Athletic keeper. 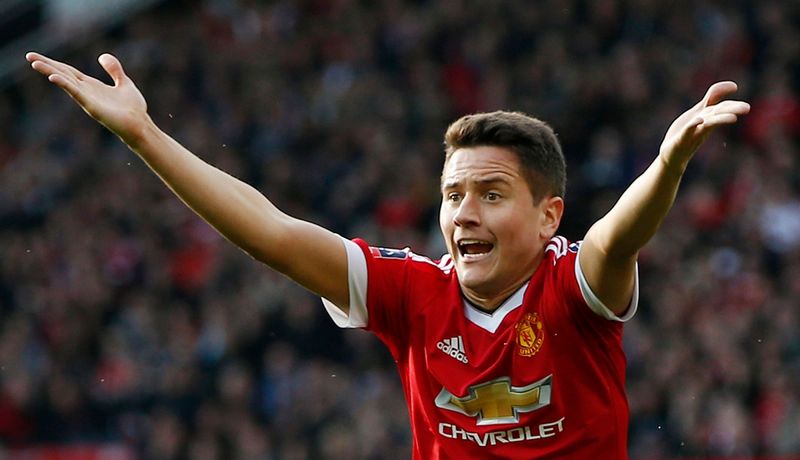 Ander Herrera volleyed Anthony Martial's deep cross the wrong side of the far post, even if it looked like it took a deflection, and the midfielder skied the best opening of the half for the Reds following a move of real quality involving Rojo and Martial.
Rashford, playing through the middle with Martial on the left flank, was unable to profit after the ball bounced off the Frenchman inside the box and West Ham finished the half on the front foot with Cresswell forcing a smart stop out of De Gea. 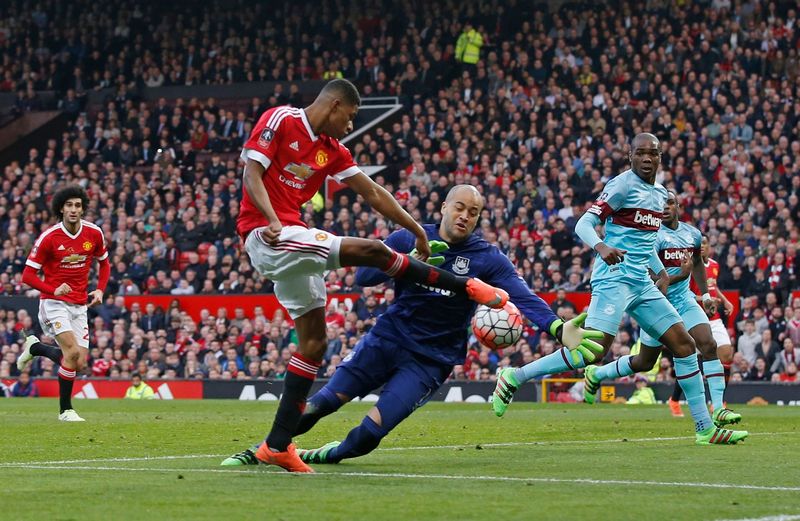 Possession: United 56% West Ham 44%
Shots at goal: United 8 West Ham 7
Shots on target: United 0 West Ham 1
Corners: United 4 West Ham 0
The Reds started to make some headway after the interval and Herrera's free-kick from out on the left went straight into Randolph's midriff to produce a first shot on target for Louis van Gaal's men. Another effort by the midfielder bounced up and hit Reid on the elbow inside the box but referee Atkinson ignored the penalty appeals.
The Hammers had a big shout of their own when Payet was tumbling before Rojo made contact with him, even if everybody of a United persuasion were mightily relieved when nothing was given. Rashford had been blocked by Randolph when latching onto a Lingard pass but the visitors pressed again and took the lead with a moment of genius by Payet. 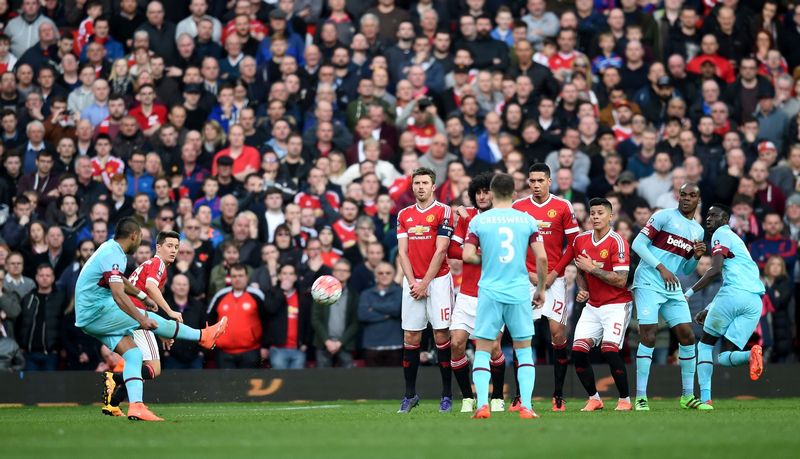 The Frenchman took his time before unleashing a ferocious free-kick that flew past De Gea and sparked 'Wembley' songs from the jubilant away end. Van Gaal pitched Memphis Depay and Bastian Schweinsteiger into action but Guillermo Varela needed to be fleet of foot to deny Payet a one-on-one situation seconds later. 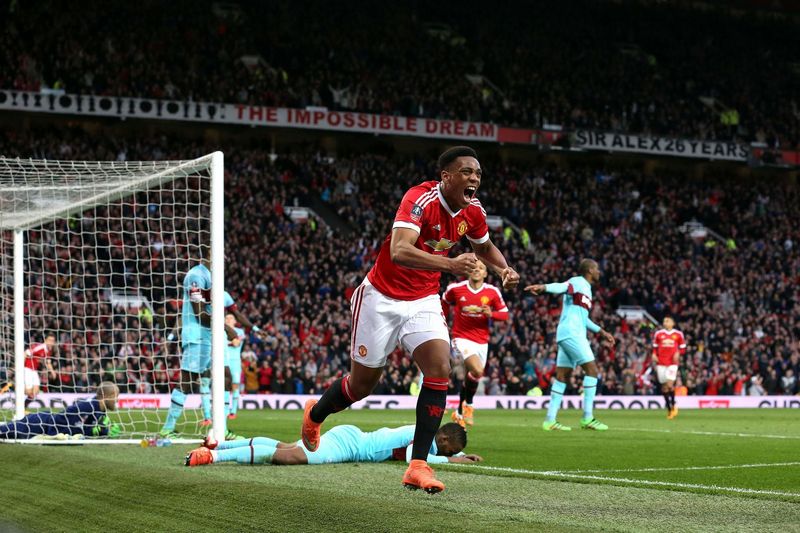 Smalling teed Schweinsteiger up for a disappointingly wayward drive and the German's fellow sub Memphis miscontrolled the ball as the Reds built up a first spell of real pressure. It was rewarded with seven minutes left when Martial was involved in the build up that led to Herrera crossing from the right and the young French forward stole in beyond the far post to force it over the line.
Rojo scooped wide when Memphis appeared in a position to shoot, only to delay and pass instead, as the crowd found its voice, and Carrick snaked a low shot just wide in front of the buoyant Stretford End. In stoppage time, it took a De Gea stop to keep out Antonio's drive and ensure the two sides must do battle again for the right to go to Wembley.

Louis van Gaal: "I have to say it was a great match between two good sides. The difference was that we have played a match on Thursday and they have a full week of preparation. In the first 15 minutes, I think West Ham were the better team and created a few chances but, after that, we were coming back and also created chances. Not the biggest chances but we created chances. In the second half, we were the better team and they scored from a free-kick. We are behind and have lost against West Brom and Liverpool this week but then you can come back like that and I think it's amazing."

Slaven Bilic: "Manchester United are a different team when they play away and don't have that confidence. It is very hard to play here with 75,000 fans and this atmosphere. It is going to be a tough game but I fancy us because we're going to be even more confident."