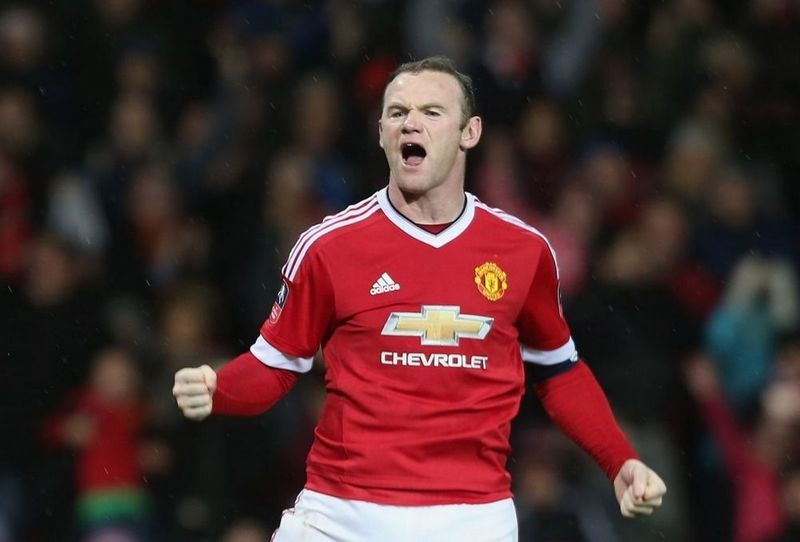 Manchester United booked a spot in the Emirates FA Cup fourth round in dramatic fashion thanks to Wayne Rooney’s injury-time winner against Sheffield United.
Louis van Gaal’s men dominated the 90 minutes but, up until added time, could not find a way past the dogged League One side who defended resolutely but rarely ventured over the half-way line.
It was left to Rooney to break Blades’ hearts though when he drilled home a 93rd-minute penalty after substitute Memphis Depay had been fouled in the area.
Van Gaal made three changes to the side that beat Swansea City with Matteo Darmian, Cameron Borthwick-Jackson and Marouane Fellaini all coming into the starting XI in place of the injured and rested Ashley Young, Phil Jones and Morgan Schneiderlin. Van Gaal had spoken of his desire before the game to lead the Reds on a good run in the competition, having cited it as the most exciting cup around. He knew getting past Sheffield United would not be an easy task though given the fact the Blades were unbeaten in their last seven away FA Cup ties, winning five.

A scrappy opening 15 minutes in the driving rain was followed by the first real bits of action at either end. First, Blades’ Conor Sammon drew a good save from David De Gea after some excellent control and a well-struck drive – although referee Jonathan Moss adjudged that Sammon had handled it. At the other end, Rooney flicked the ball around Blades keeper George Long but was unable to find a team-mate in the area with Long stranded.
Rooney found himself through again 11 minutes before the break after an incisive pass from Ander Herrera, but Long dived at the United captain’s feet to grasp the ball. Seconds later, Bastian Schweinsteiger went to ground in the box under a risky challenge from Jay McEveley after getting on the end of a Daley Blind crossfield pass, but the referee waved away the penalty protests. 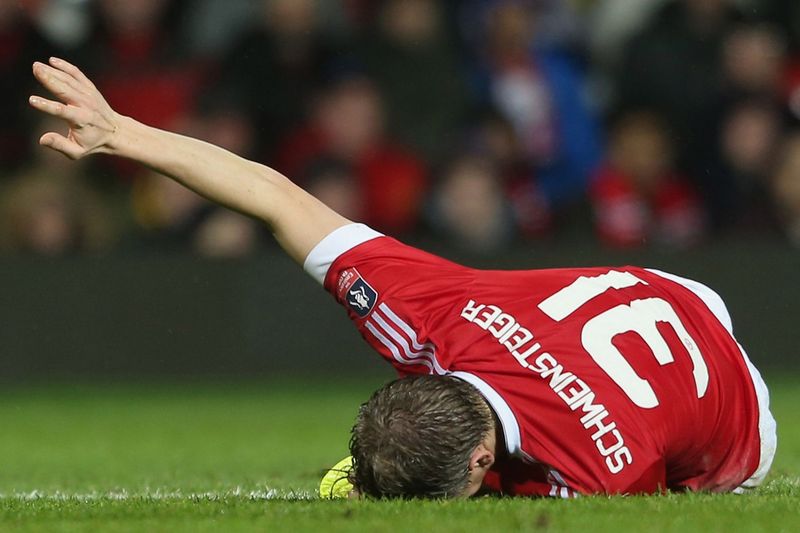 Possession: United 70% Sheff Utd 30%
Shots at goal: United 3 Sheff Utd 0
Shots on target: United 0 Sheff Utd 0
Corners: United 1 Sheff Utd 1
The second half began with Fellaini in a more advanced position behind Rooney as Herrera dropped deeper alongside Schweinsteiger. That tactical change did little to alter the pattern of the game or lead to some real openings though despite United continuing to dominate possession.
More changes for the Reds followed as van Gaal threw on two wingers in the shape of Memphis Depay and Jesse Lingard. Another reshuffle followed as Fellaini returned to his original role alongside Schweinsteiger, Lingard replaced Mata on the right and Memphis went to the left allowing Anthony Martial to join Rooney in a central attacking position.
Memphis took aim on 66 minutes with a fine effort which sailed just wide but it at least gave some encouragement to the Old Trafford faithful. Darmian battled his way into the area soon after, but Long saved his shot with ease, the first United effort on target of the game.
Andreas Pereira entered the fray on with 12 minutes to go, in place of Fellaini, as the Reds went in search of a winner. Play was momentarily stopped following an injury to Schweinsteiger but, thankfully, the German was able to carry on. With four minutes left, Pereira sent in a dangerous free-kick, but John Brayford blocked Martial’s shot brilliantly, before Chris Smalling missed his kick with the follow-up. 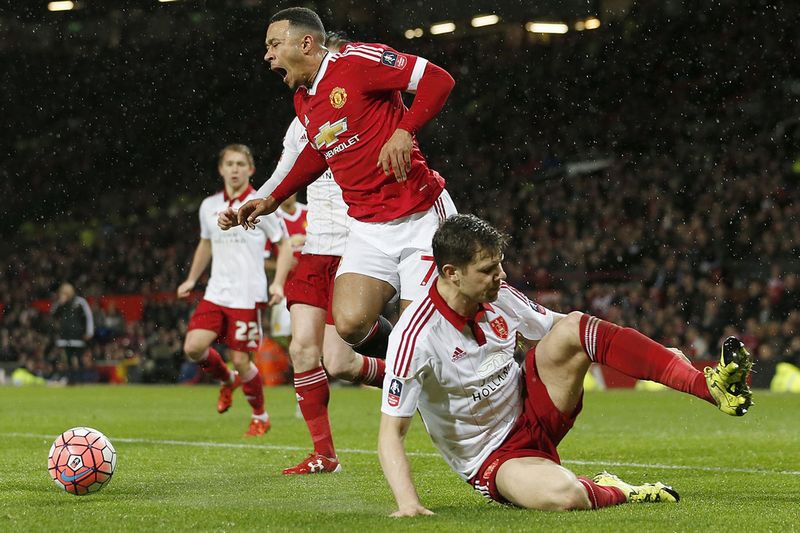 Six fully warranted minutes of injury time gave United a bit longer to try to find a way through and the Reds duly did after Memphis was felled by Dean Hammond in the 93rd minute. Rooney stepped up to take the spot-kick and made no mistake to send United into round four. 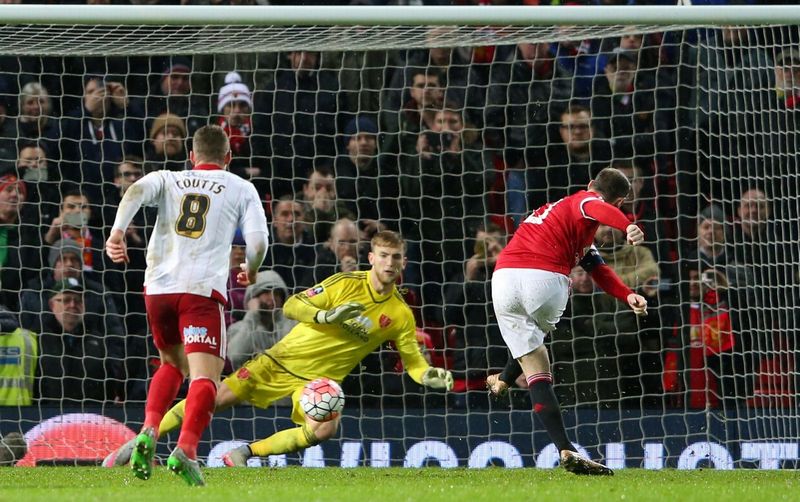 The Reds will discover their next opponents in the competition when the fourth round draw is made on Monday evening.

"At the end we got the penalty and it was a deserved penalty because of a stray leg. Memphis had the guts to do that [make the run to win it]. He was more or less the matchwinner. We won the game which is the most important thing." - Louis van Gaal

“It was difficult against a team like that who come to defend. We tried to create chances and we kept the ball well. We had patience and, in the end, we won and we are now ready for the next game." - Marouane Fellaini

#MUFC booked a spot in the Emirates FA Cup fourth round in dramatic fashion thanks to Wayne Rooney’s injury-time winner against Sheffield United.

Posted by RyanGiggs.cc on Saturday, January 9, 2016