Evra - Giggs is a legend 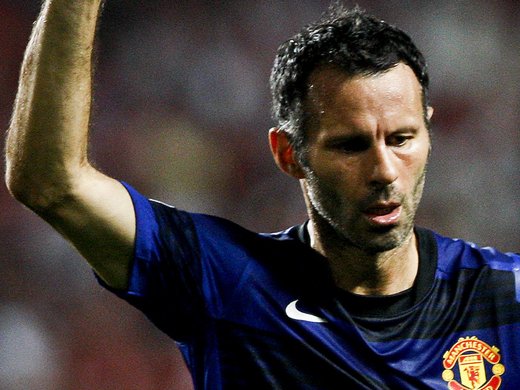 Patrice Evra says Manchester United team-mate Ryan Giggs is a 'legend' and the best footballer he has ever played alongside.

Giggs ensured he has scored in 22 consecutive seasons in his senior career by firing home a stunning equaliser in United's 1-1 draw with Benfica on Wednesday evening.

The goal was also the 16th time in 17 UEFA Champions League campaigns that Giggs has scored and he also holds United's appearance record.

The Welshman, who will turn 38 in November, continues to show no signs of wilting at the highest level after a career in which he has won almost every honour in the game.

Evra believes Giggs retains the hunger for success of a rookie player and has eulogised over the status of his veteran team-mate.

"We don't use that word legend for many players, but for him it's really easy to use that word," Evra told Sky Sports.

"For me, he's the best player I ever played with.

"He's 37 years old, but he looks like he's never won anything because he is training hard in every training session and every game.