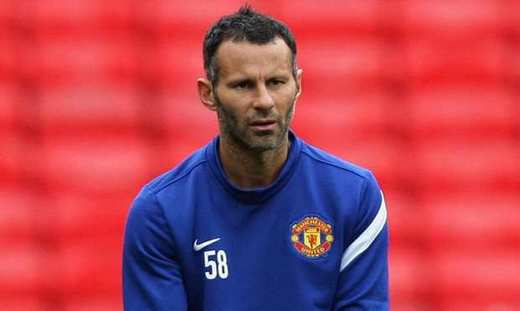 Ryan Giggs has warned Manchester United not to underestimate wounded Arsenal when the two sides clash at Old Trafford on Sunday.

The champions have won 21 of their last 22 Premier League games at the Theatre of Dreams.

And despite their Champions League triumph against Udinese, Arsenal are still reeling from losing key midfielders, Samir Nasri and Cesc Fabregas.

They’ve also only collected one point from their opening two league games.

But Giggs, who yesterday saw United placed favourably in a weak Group C during the Champions League draw, insists: “Arsenal are still a quality team with quality players.

“On their day they can beat anyone in Europe. They’ve proved that for years and years now.

“OK, so they’ve got a few injuries and a couple of players have left. But they’ve still got so much quality there.

“They’ve got a great manager and Arsenal are a great club. So you never underestimate them.”

Giggs produced a vintage display as a substitute in Monday night’s 3-0 victory over Spurs.

But he admits United fans might not see as much of him this season.

“I’m experienced enough to know I’m not going to start every game or even play every game,” said the 37-year-old Welsh legend.

“The thing I want to do is be effective and contribute to the team. As soon as I stop doing that, I’ll finish.

“Hopefully, I can just contribute to the team, to the club, whether it be starting a game or coming on and using my experience in games.

“You want to play every game, of course, but I know I can’t.”

Giggs admits he’s been rejuvenated by the latest batch of ‘Fergie Fledglings.’

“Part of my job over the last few years has been helping them both on and off the pitch.”