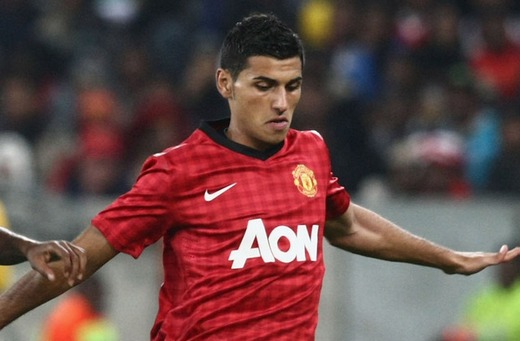 Davide Petrucci is looking forward to his first loan move after sealing a month's stay at Peterborough United.

Posh boss Darren Ferguson has already indicated that the midfielder will stay beyond the initial agreement if it suits all parties with Scott Wootton signing up until the end of the season, also on a temporary basis.

"It was actually quite a while ago [when I knew of the interest]," said the Italian in an exclusive interview with Posh Player on the official Peterborough website. "Obviously, I have been playing for the Reserves recently but wanted a new step forward and a step up so I'm happy to come here.

"I want to learn from the more experienced players. I'm sure if I play, I can learn something from them and just help the team. Hopefully, they can help me too and, together, we can achieve something important."

Petrucci has been able to study some of the game's biggest stars at close hand since starting out at Roma and then working with the likes of Ryan Giggs and Paul Scholes at Old Trafford.

"I tried to model myself on Francesco Totti," he explained. "Sometimes you learn just from looking at players. I was watching and could learn and he's still playing and is one of my best idols but another was Zinedine Zidane.

"At United, the incredible winning mentality they have got is just unreal and you can learn so much from them. Speaking to people like Scholes, Giggs and [Rio] Ferdinand, all of them can give you something.

"Unfortunately, it's hard for a young player at United because there are so many great players, probably the best in the world. So you have to start at some point from somewhere and I'm very happy to  be here. Hopefully, I can kick on and do well."

Wootton is in no doubt that his Reds team-mate can make a big impact at London Road.

"He's been at United for about four years and has bags and bags of ability," stated the defender, also to Posh Player. "He's great on the ball and is probably best in the No10 position.

"He can play centre-midfield as well and is best with the ball at his feet, looking for runners in behind and linking up one-twos. He has shots from outside the box and is a very talented player."

As regards his own move, a return to the Championship club, he added: "Yesterday morning, I was called into the manager's office and he said Peterborough wanted to take me back. That was it really. Obviously, I knew the players, the staff and the club and I know they like to play the right football so I was interested straight away."